Well, almost; the avalanche risk was level one, and it had been like that for a few days. The whole mountain was already purged, however a big storm was about to roll in with hurling winds and abundant precipitations with a high iso zero, that should increase the avalanche risk along the day. 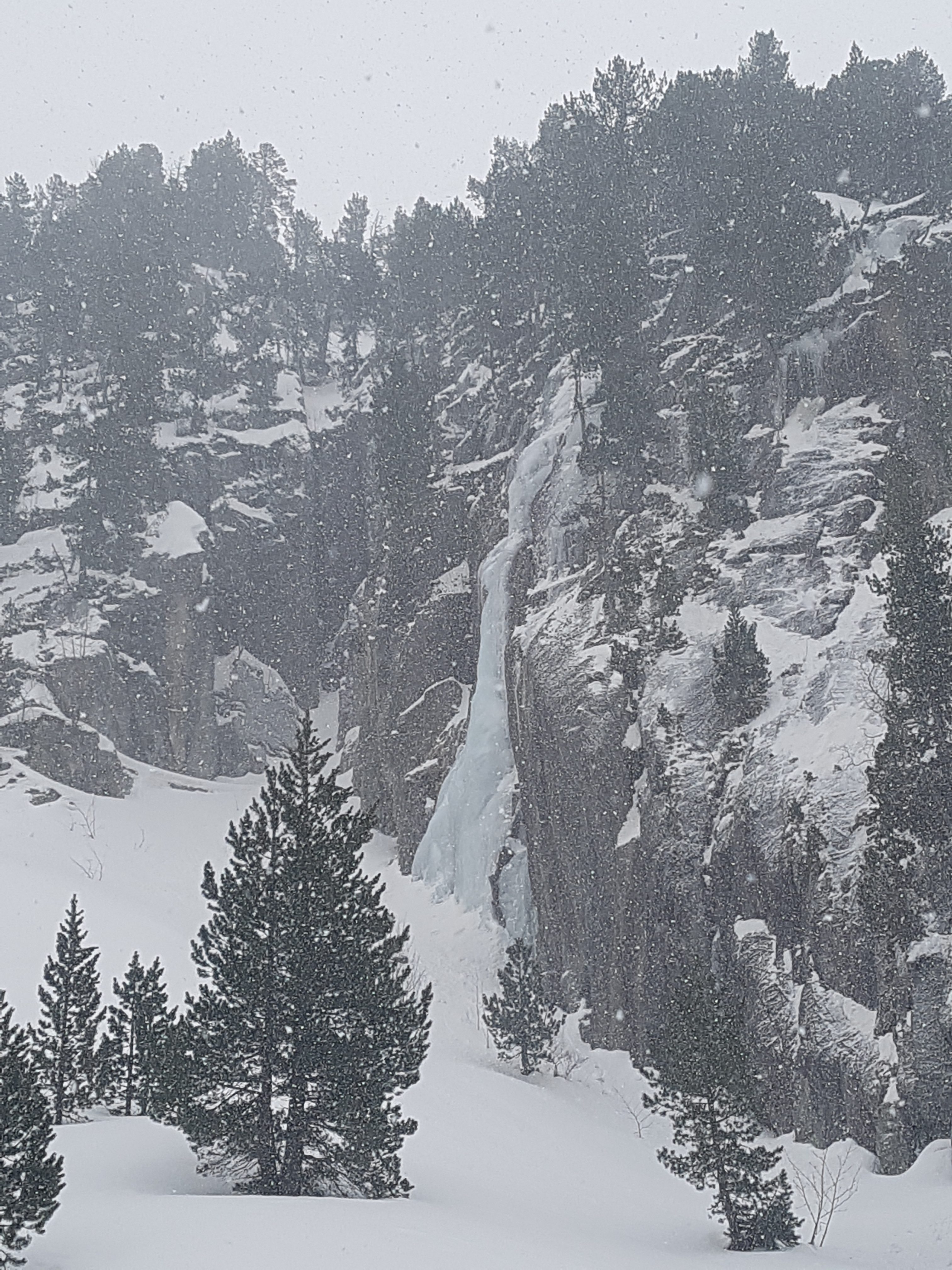 Even though our route had several long, technical, physical and not necessarily gentle passages, we knew that slightly after twelve o’clock we should be at the top of the col and most likely on the car by a bit later than two o’clock.

Well, after all, everything went more or less according to the plan, however, it happened slightly more alpine than we thought it was going to be. Pyrenees at its rawest.

After 16km, 1600m uphill and a long traverse through the forest on the way back under the rain, we reached the car, wet as a dog and with a grumpy face, but wider than taller.

Another big day with the great Julen! (@julen_sar).

You can check up this article from last winter to get more inspiration for activities on the Val d’Arties and the area of the Restanca refuge!