A few weeks ago when colder temperatures came, we went through different base layer strategies to consider for the activity.

However, now it’s just not fresher, but goddam cold and it’s time to dive deeper in insulating layers. Just as on the last article, we will be guided by the proposals of Helly Hansen. In fact, this year they have several innovations that step up the traditional duality of primaloft of feathers. Warm it up!

The ones for the activity tend to be ultralight, ultra compresibles and ergonomic. They are designed to be taken in intense activities that have breaks that require extra insulations, such as on rock climbing and alpine belays as well as during the transitions and descents on ski touring. They will do the trick during the activity, but once the activity is over and we need to get changed in the car, set up the tent, chill on the refuge, cook by the van…we will get cold.

It’s then when the thick down jackets come into play,  especially now that day temperatures are starting to get under 12º, north winds are blowing and it’s icing in the nights.

However, what do we have to look for when considering such a purchase? 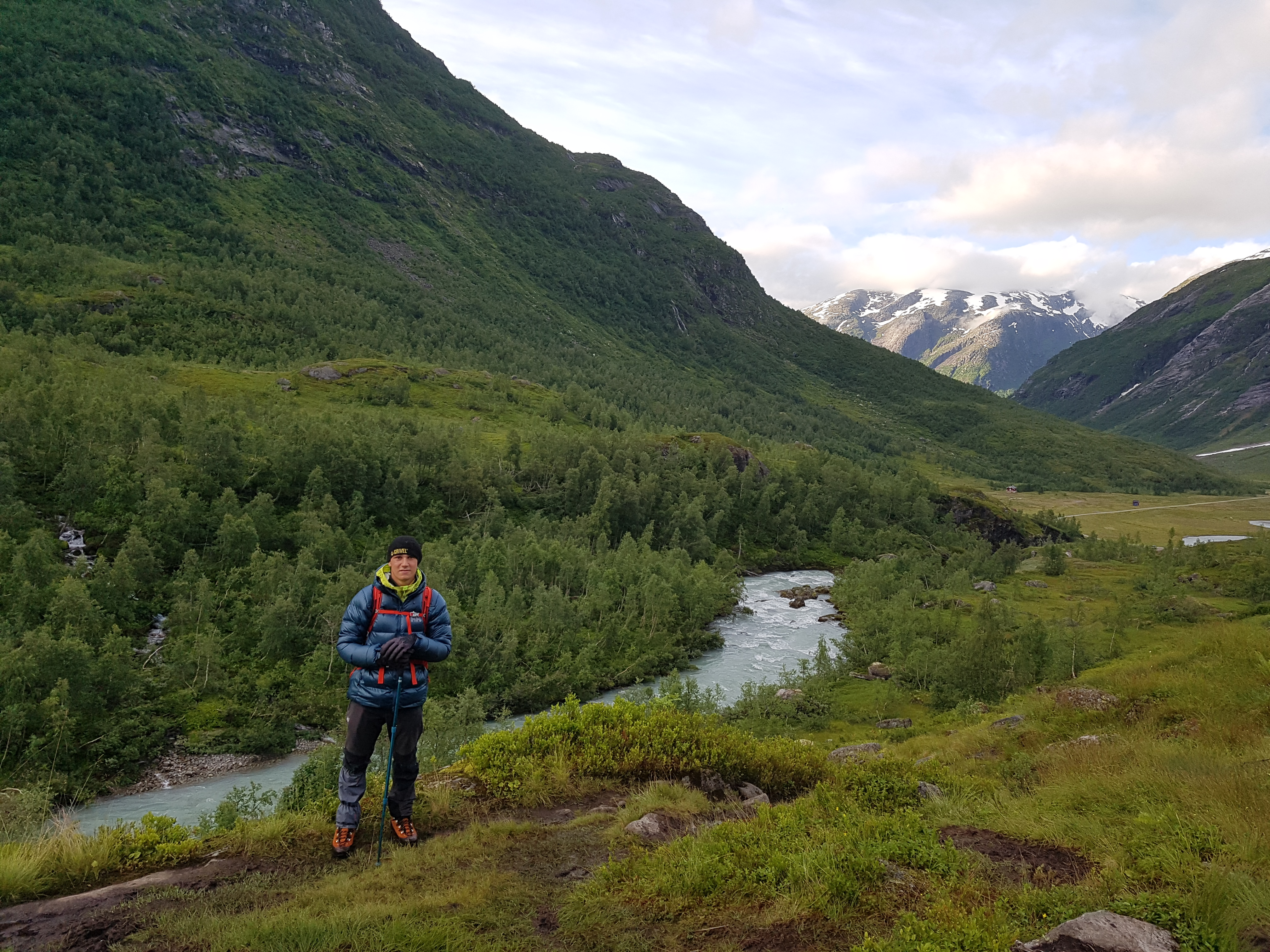 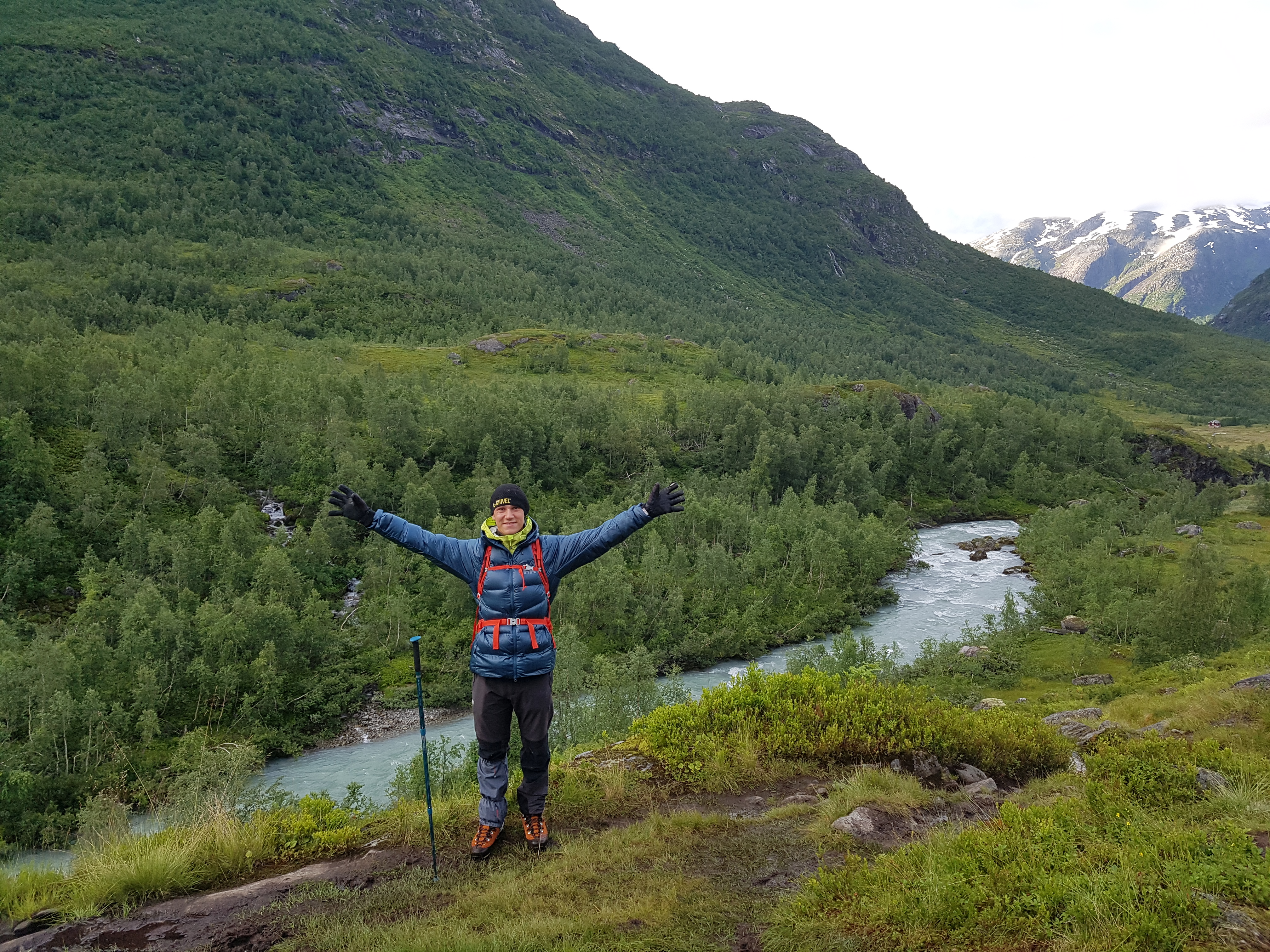 For active down jackets, lightness and compressibility will be the key factor even though that implies a not very resistant fabric. Most of the proposals on the market work fine while we have them under a shell, but as soon as we have them outside they get very worn off against the backpack and harness. Moreover a proper scratch against a rock or a tree will completely rip your jacket or transform it into a frankenstein full of duck tape. 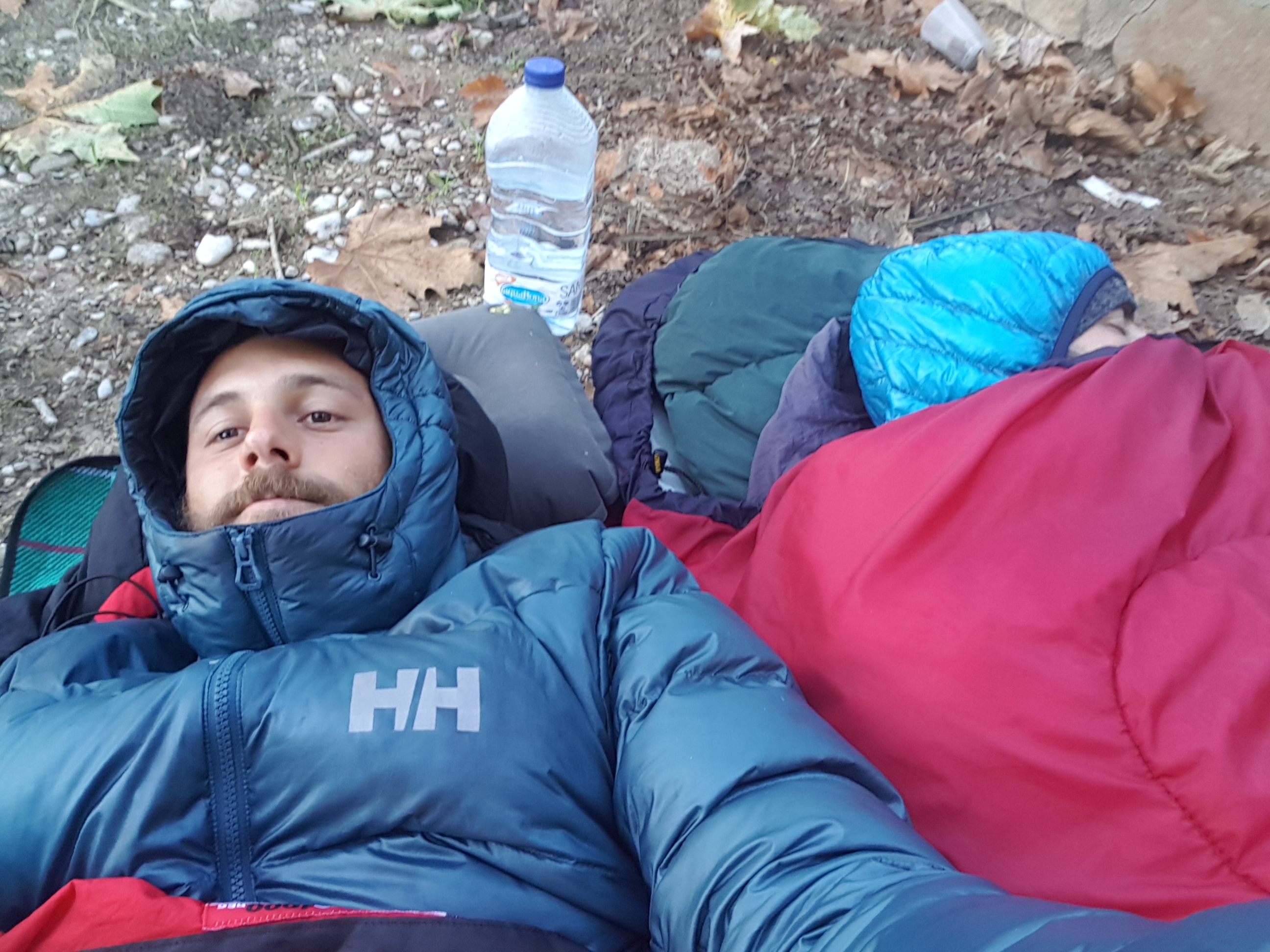 Regarding thick down jackets it’s wiser to choose durability over weight. We will most likely carry them on the car or they will stay in the tent or the refuge. As it will be our exposed layer it should be rough enough to be used as an improvised bivouac against a rocky ground, which is more than likely that it will happen at least a few times.

What I do like about the Vanir Icefall down Jacket is that it fulfills perfectly the requirements for been a proper thick down jacket meanwhile it has several qualities that make it able to do the job during the activity on extra cold days.

Helly Hansen has a great technical description on their webpage, but let’s go through my highlights. 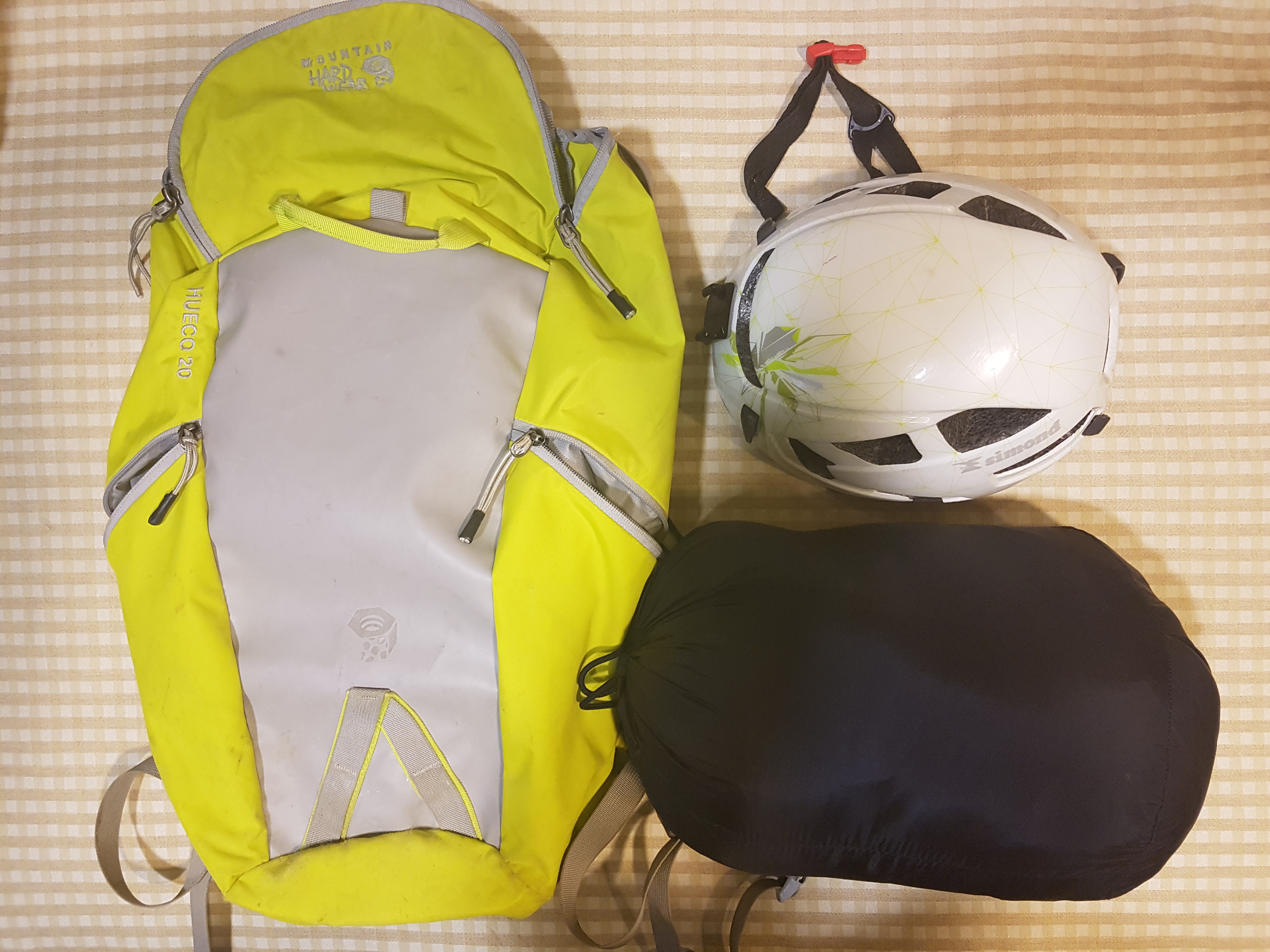 It has a more than correct weight and packed volume as for been taking on the backpack and it’s not a drama finding place for it for carrying to the base camp or refuge. Although the compression bag I use on the picture is mine. Helly Hansen could think of providing one.

Optimized construction that combines primaloft and a water repellant fabric on the one side, with goose feather panels on the front, back, neck and upper arms. The primaloft is a clever move here, you can really feel the heat reinforcement. The jacket is very warm, but as well allows some room on the sides and underarms for mobility. The water repellant fabric does the job on light rain, but don’t get too excited; as every down jacket they are a magnet to moist on wet days.

The hoody is very well designed; the upper part can wrap comfortably the helmet due to the fact that it has thinner layering but then, the neck panels get thick again providing key heat and insulation. Zipped to the top, it goes to the upper nose line but allowing us to breathe and without making too much moisture. Helly Hansen tends to put this soft fabric behind the zipper so you don’t have a rough or scratchy feeling against the face and the beard. 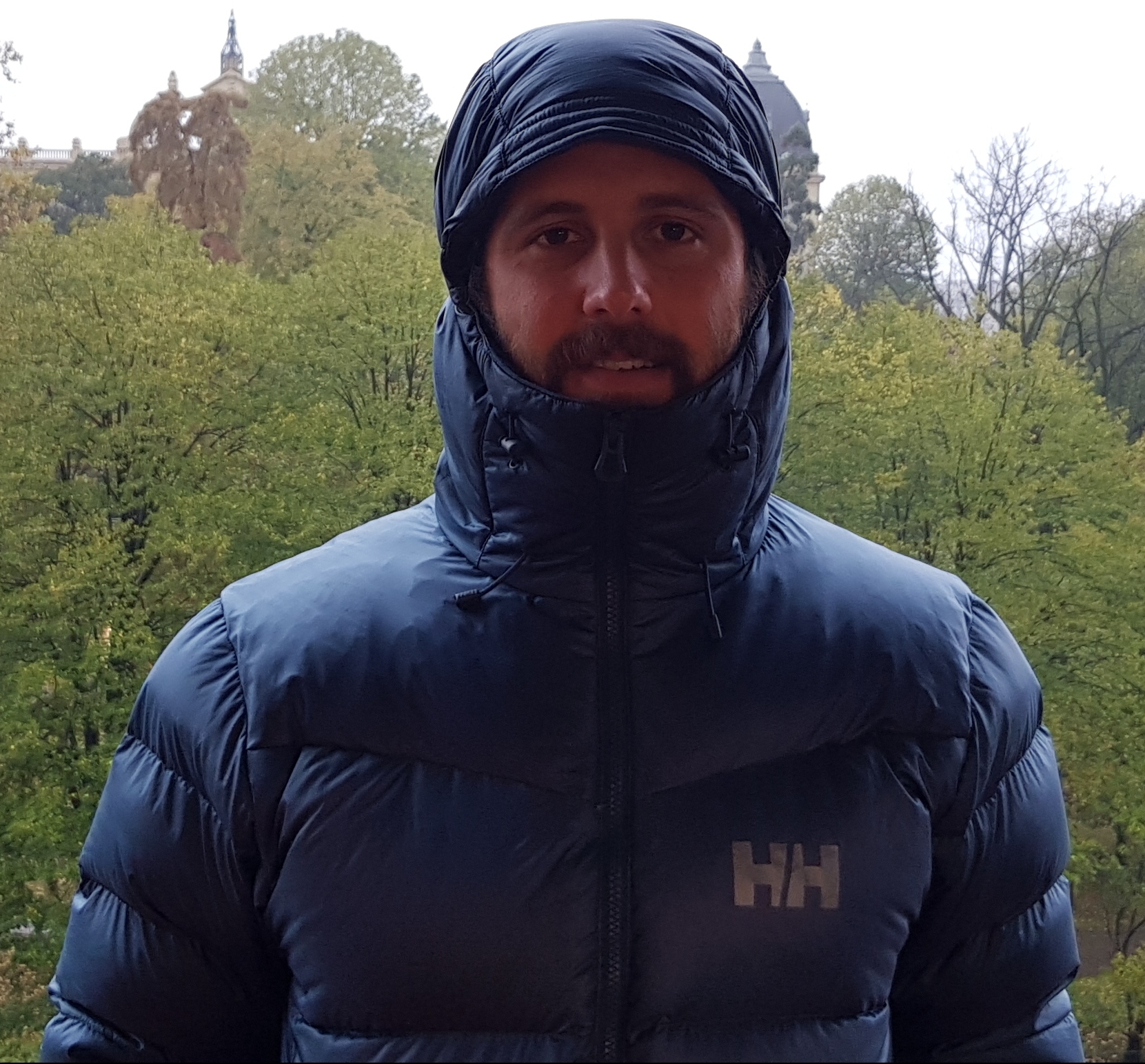 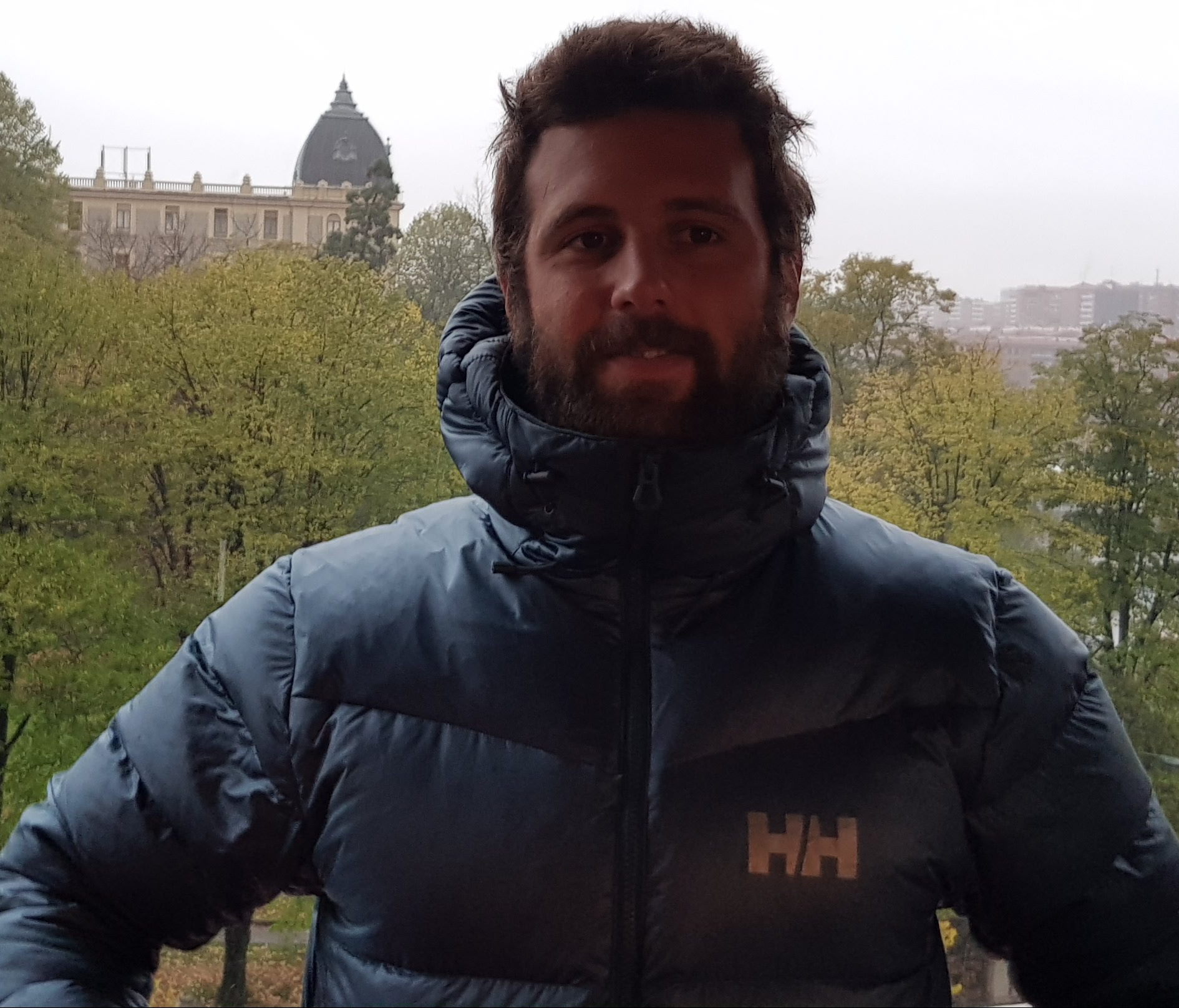 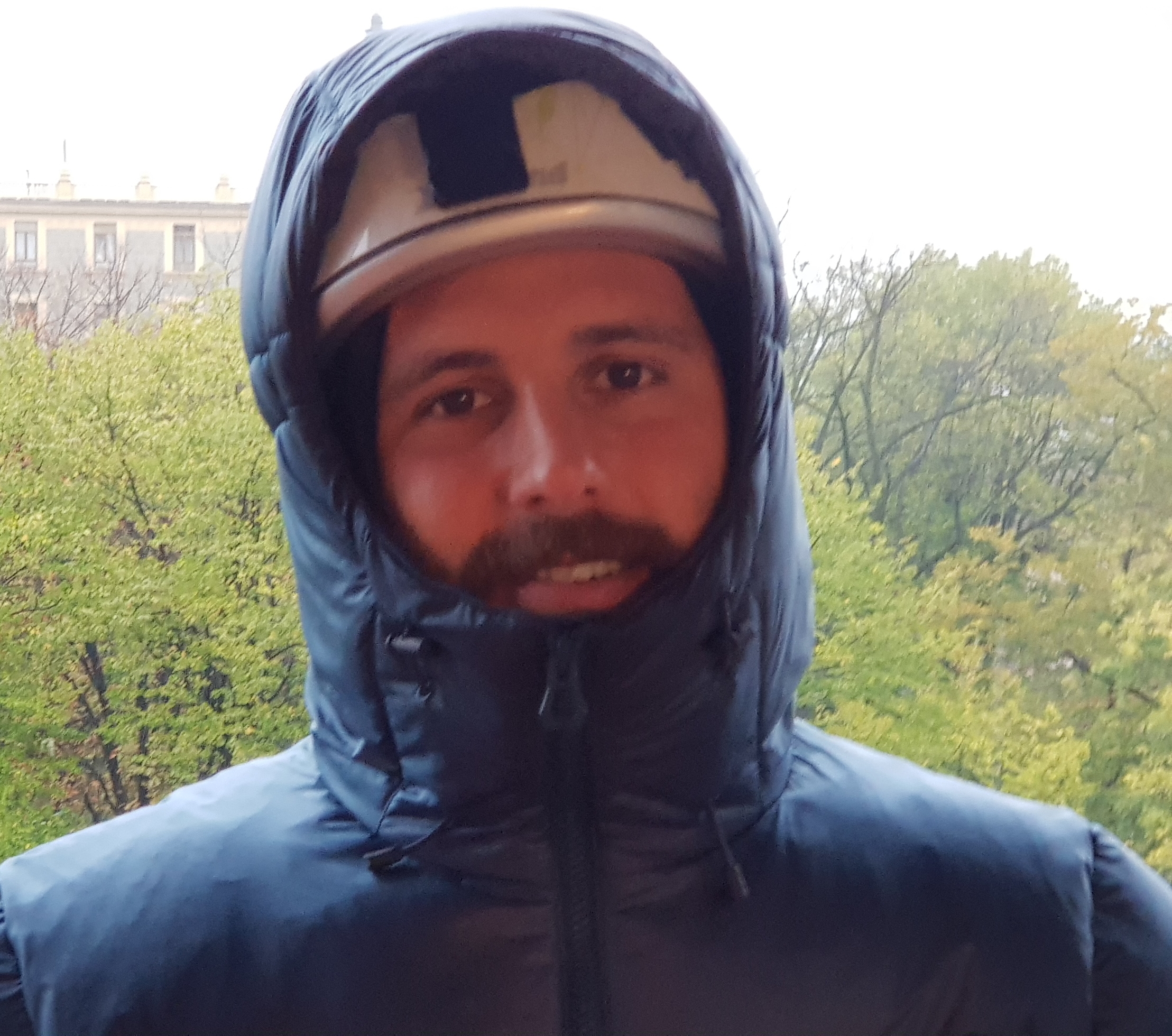 Another key feature that let us know that it’s been designed with the activity in mind is the fact that it’s longer on the back than on the front, allowing us full motion in our legs while preventing heat to escape through our lower back. Moreover, you can open the front zipper from the bottom, which is very comfortable for keeping out the belay loop and belaying properly with the jacket on.

Last detail: I love the colour, I called it the “blue fin tuna from the north”.

This jacket is quite particular and presents the new H2Flow technology by Helly Hansen.

It’s construction allows the jacket to retain a layer of warm air than can be ventilated and temperature regulated fast and efficiently.

Sounds pretty fancy, but how does it work? 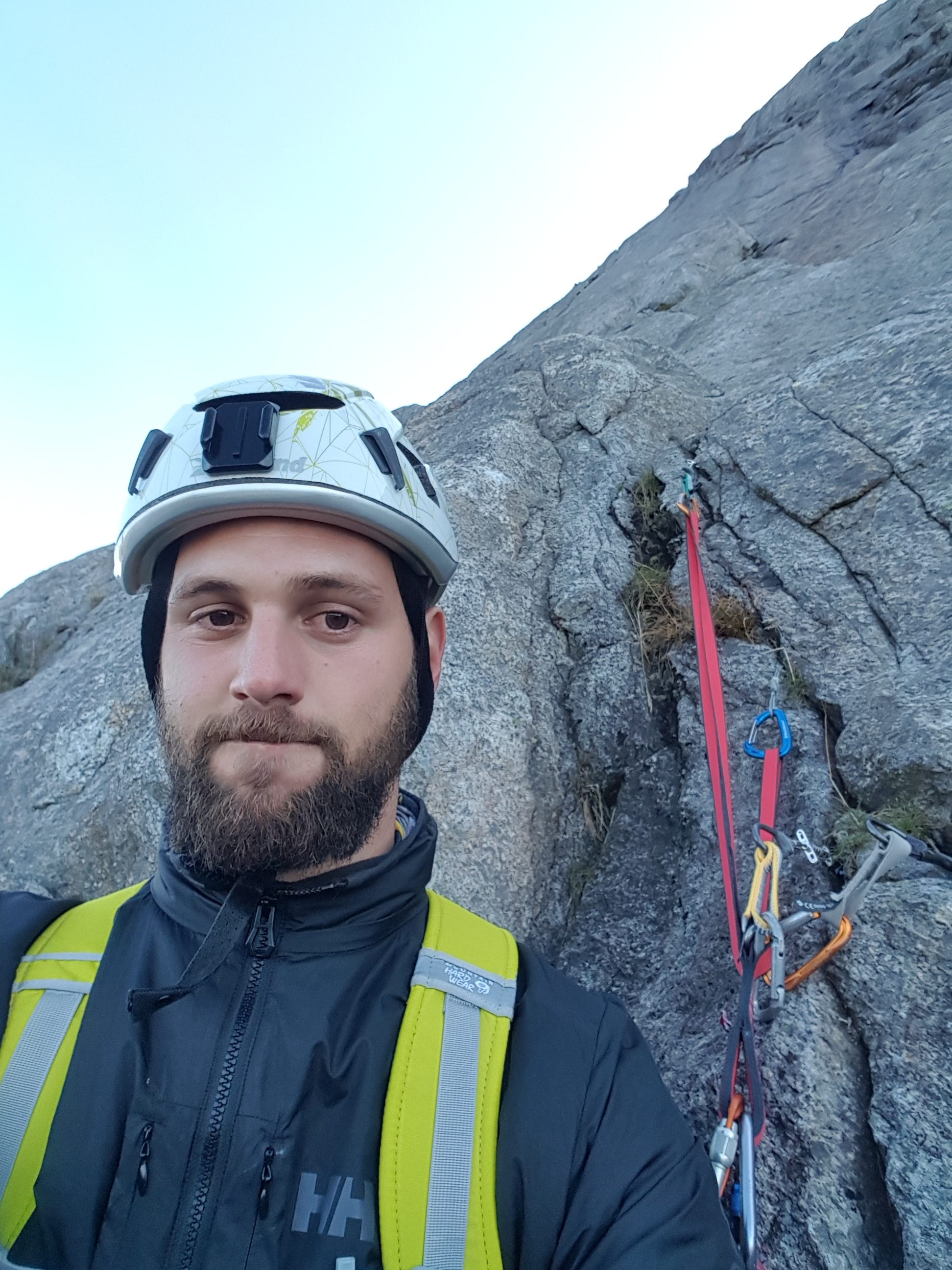 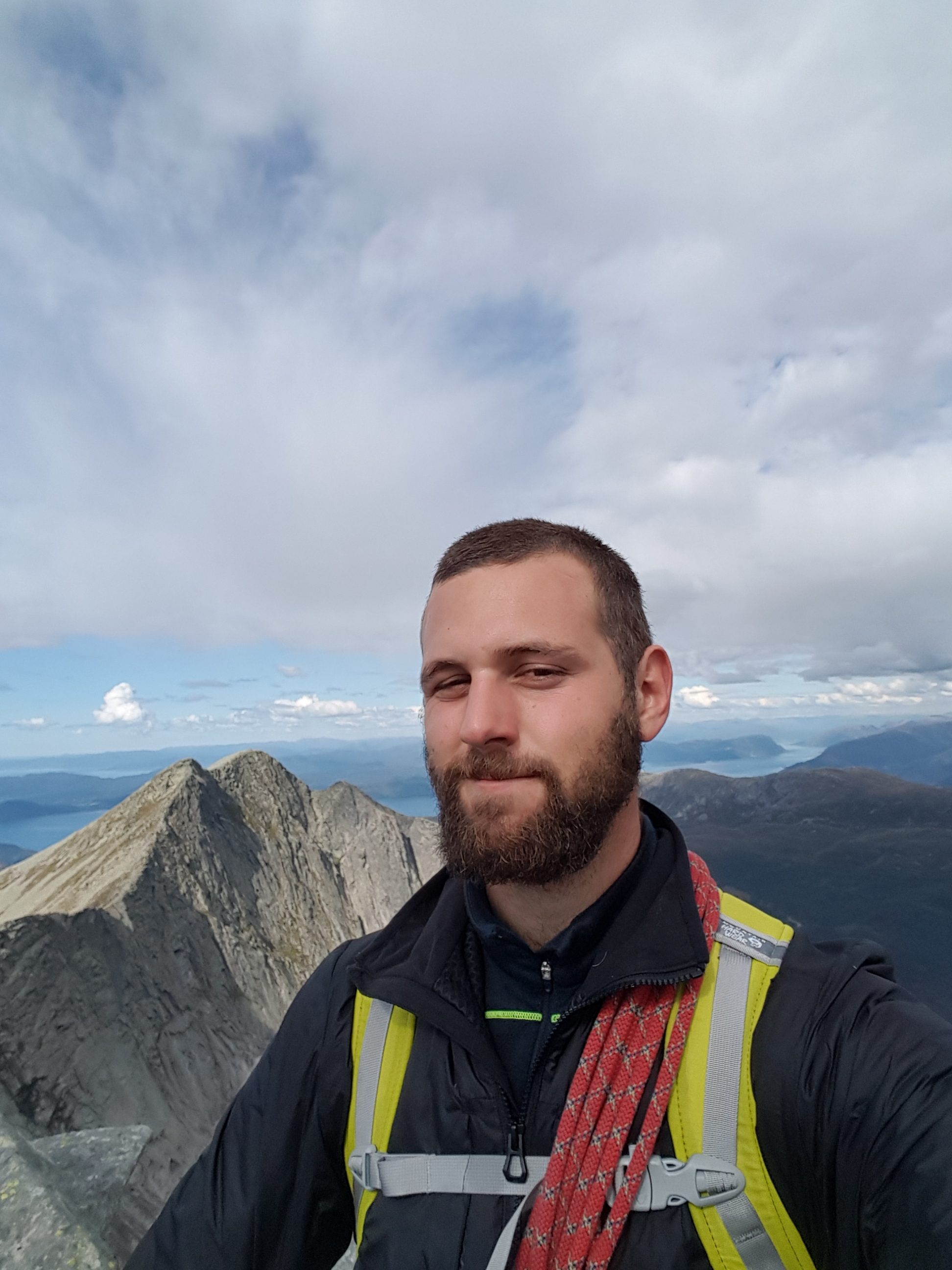 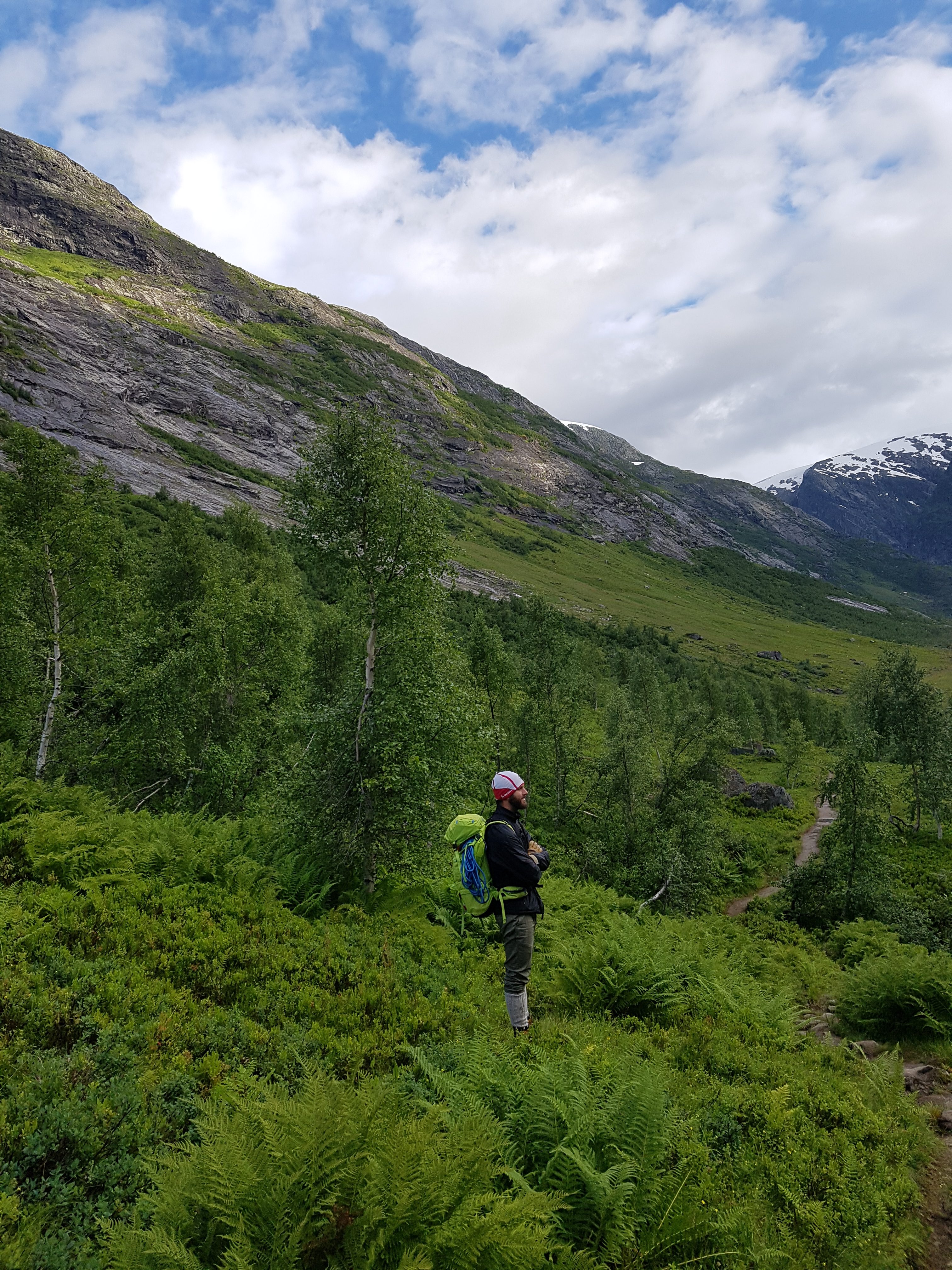 The thermal insulation of this jacked does not come from feathers but rather a combination of primaloft and a new fabric structured like a net that retains warm air inside the fabric. It is able to generate a similar heat to a thick primaloft or a solid active down jacket.

The outer fabric is a water repellent softshell that can take light rain. The jacket has two side pockets and two chest zips that aren’t in fact pockets. If we open all these four zips, the net fabric that holds the warm air is exposed to the outside allowing a quick air flow. The air flow is surprisingly well achieved. It is quick, balanced and controlled. It is not the classic opening that makes cold air currents while keeping warm moist spots inside.

When we close all the zippers the jacket takes very little time before starting to generate heat and achieves to do it without over trapping moisture. 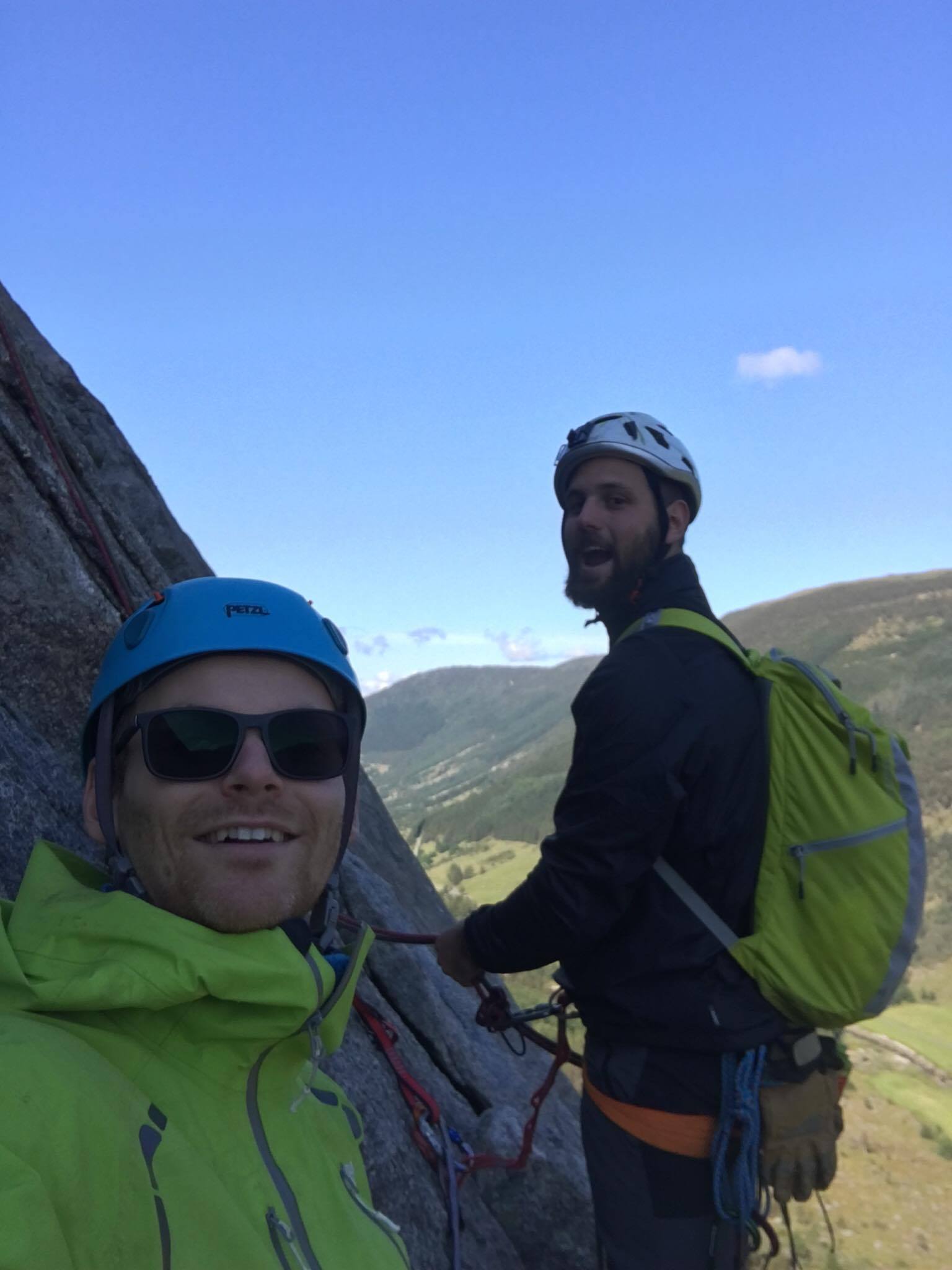 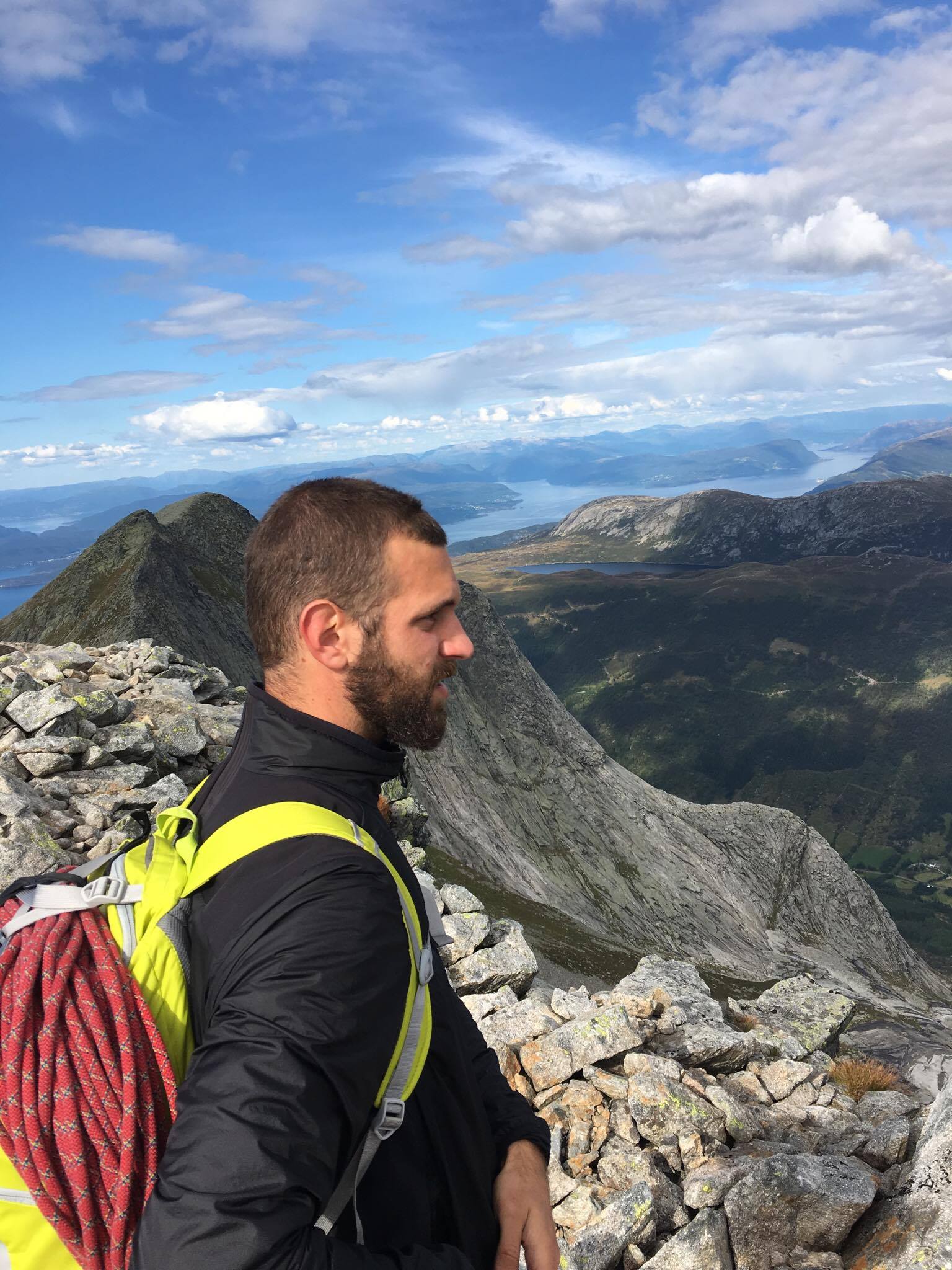 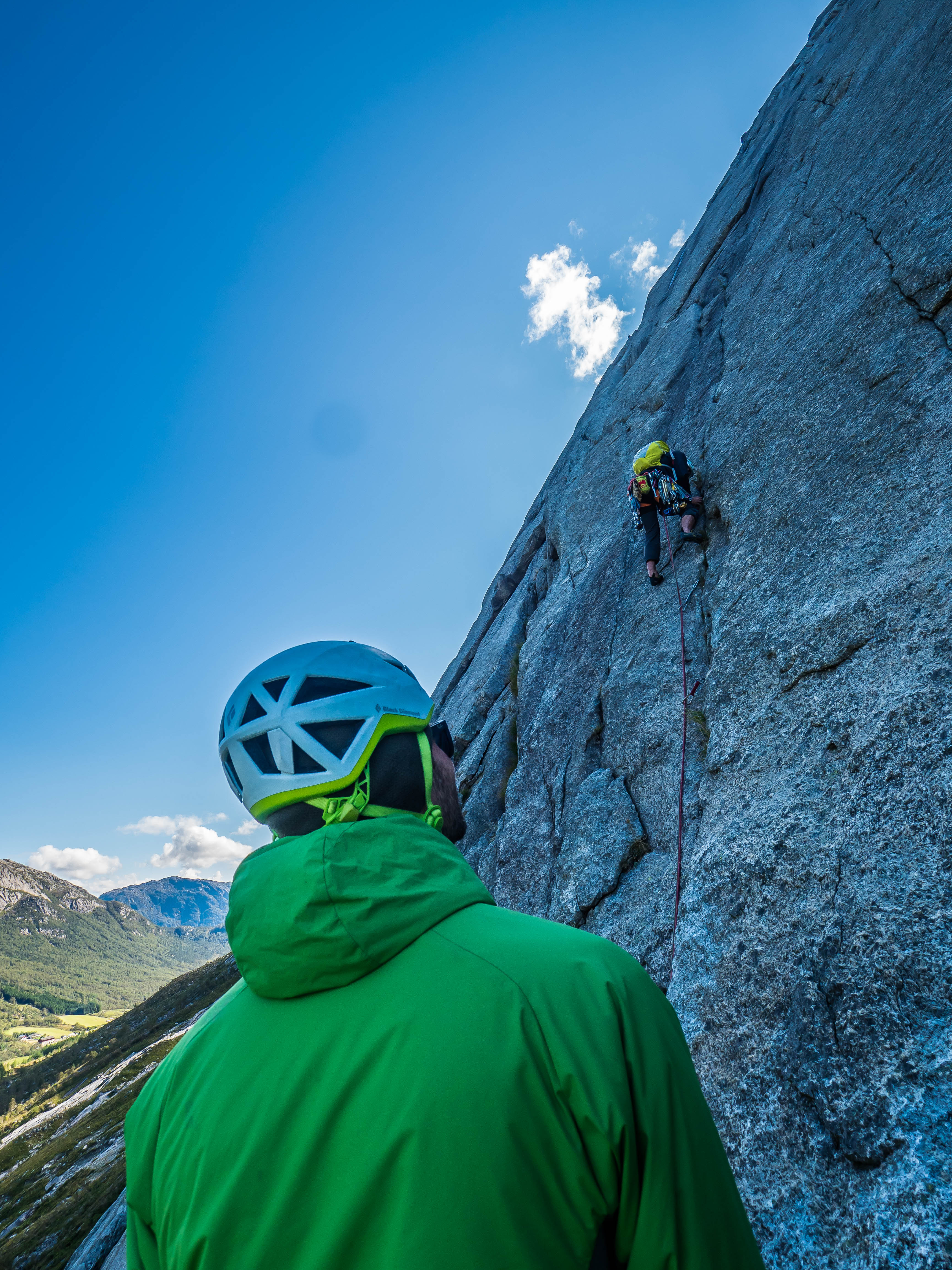 The times I’ve taking it for activities has been in Norway on cold dry days on the fall with exposure to northern or ocean winds mainly for climbing, alpinism and Hiking. On such situations, while i’m on the move I tend to progress with 2 to 4 of the zips open and I close everything once I reach the belay or I’m exposed to the shadow and heavy winds.

One of the main advantages that I find is that normally it is extremely annoying to change layers mid activity and sometimes it’s not even possible or it can’t be donne on safety. On the backpack it definitely takes more space and weight than a thin down jacket, but if you play your cards properly, on days between 4 and 13º you can pretty much make it through the whole day without changing layers. 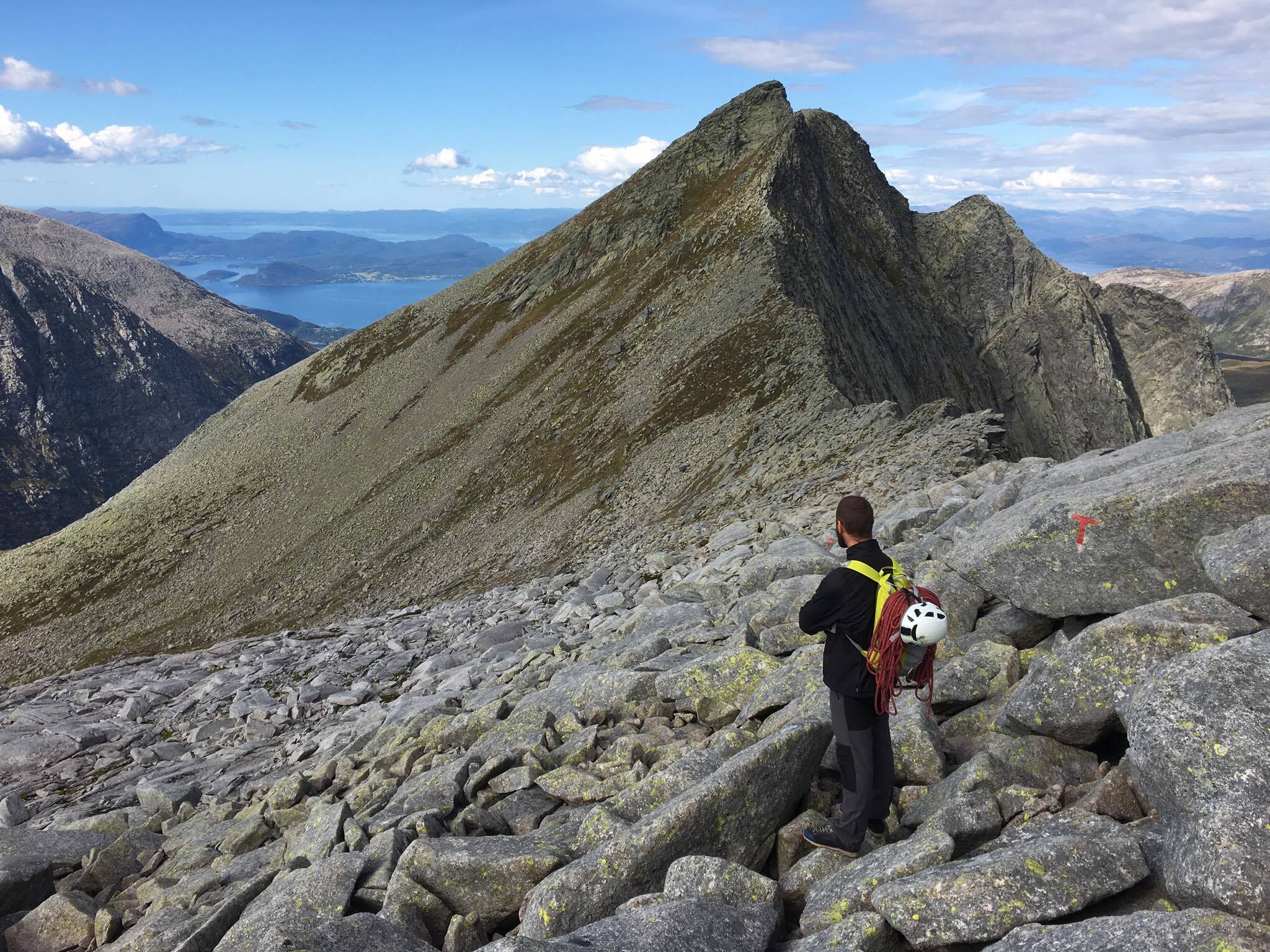 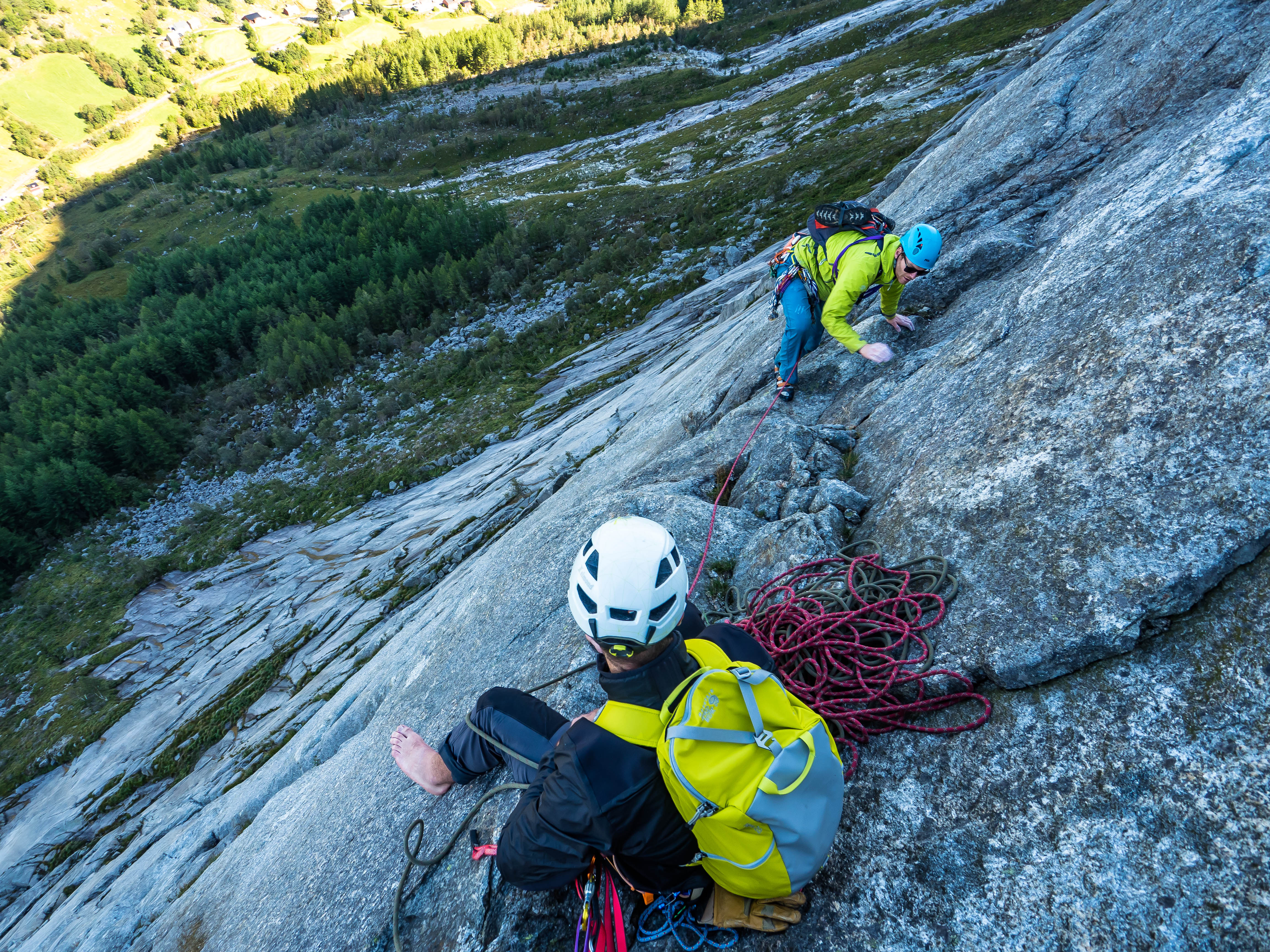 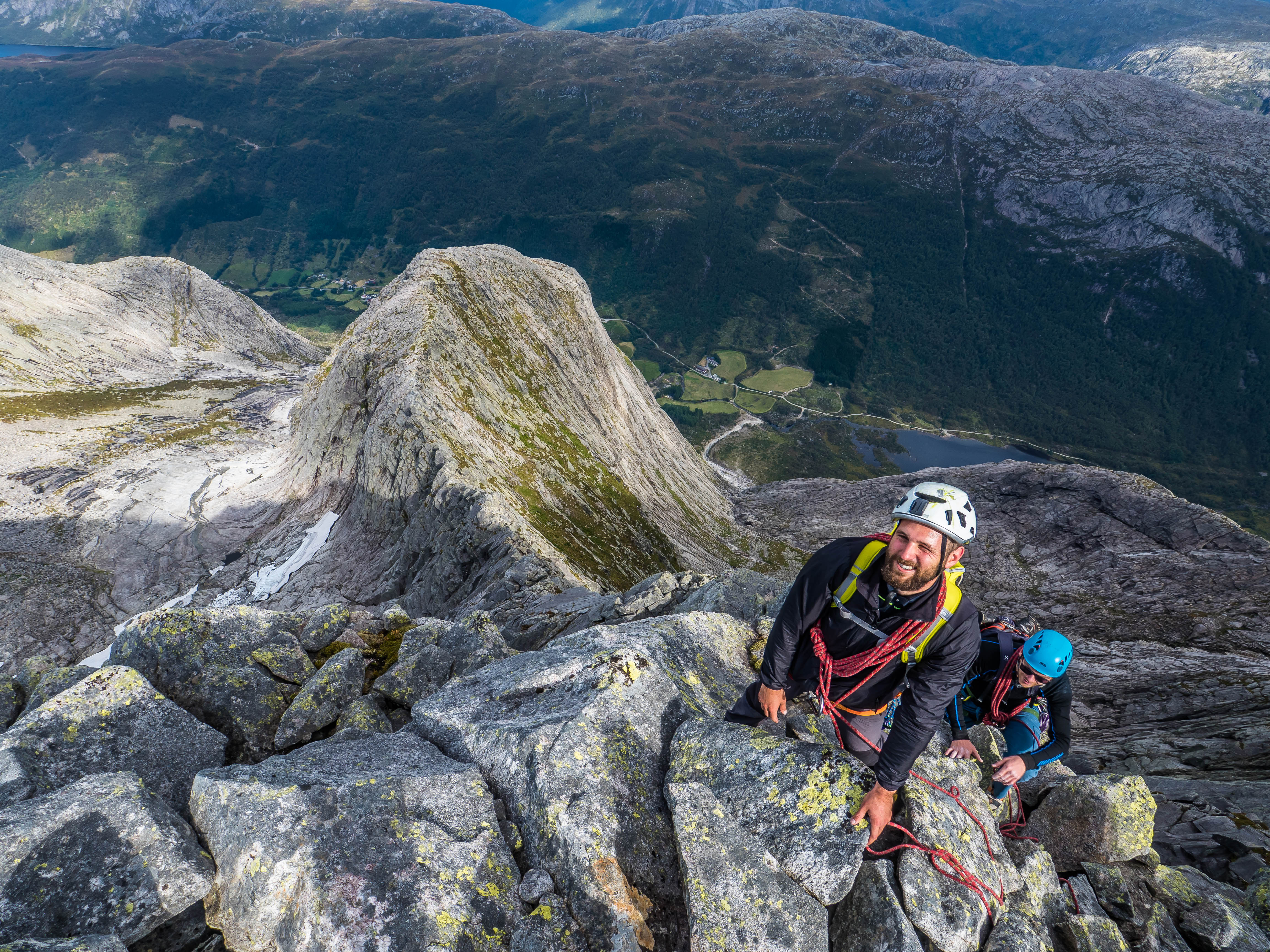 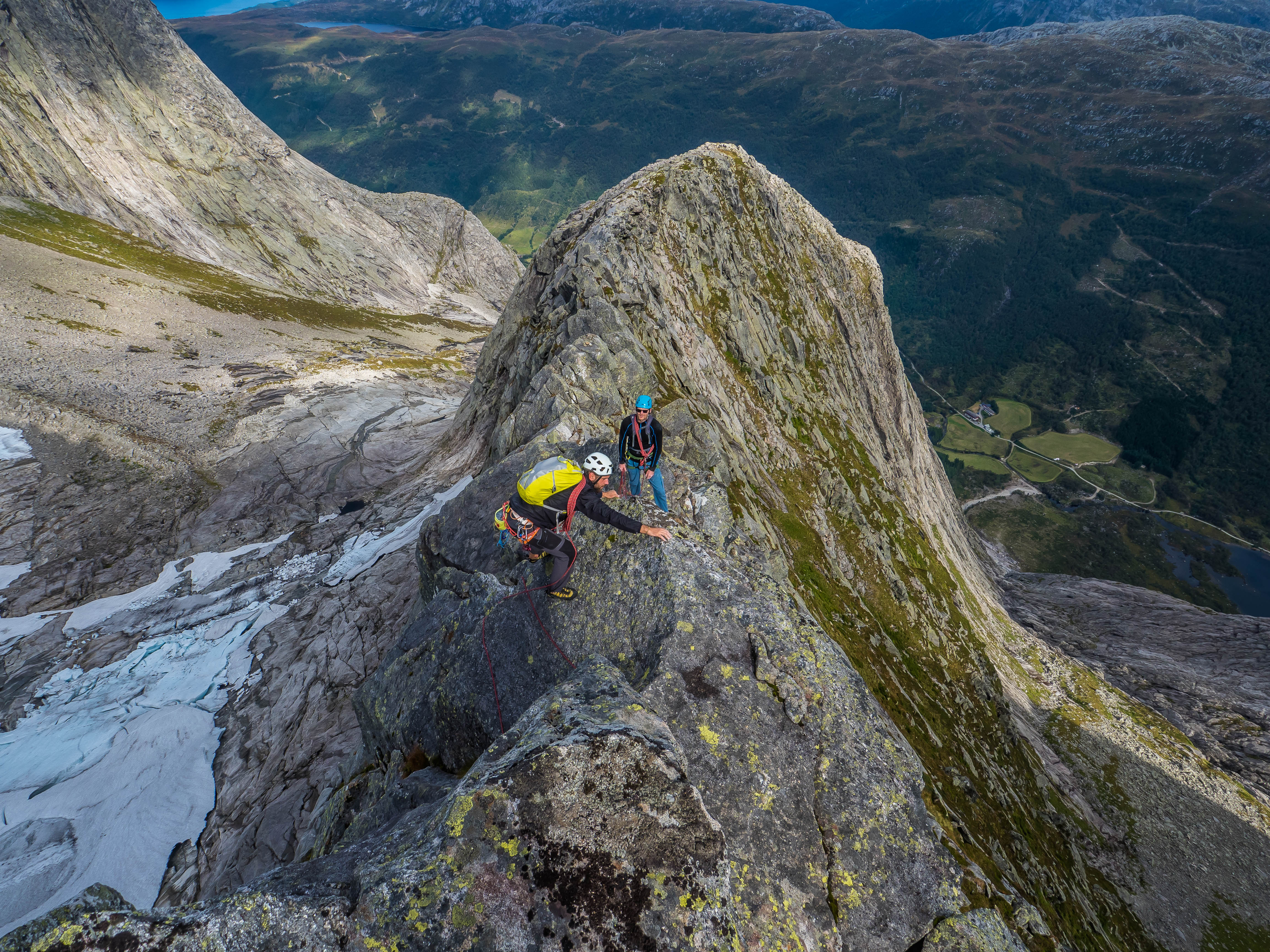 The truth is that when I received it for test I wasn’t really convinced at first sight. the outer fabric felt a bit too soft and I thought It didn’t held a chance for rock climbing and alpine ridges, however when I took a closer look I realized it was properly reinforced on the side panels, shoulders and under the arms, where it is more exposed to friction.

After quite a heavy use on alpine ground, I’ve just made it a few holes the same time and to be fair it was against a very sharp granite horn on a chimney. On such situations only the really top end hardshells have a chance. I normally don’t like to take a down jacket to the wall, because you know that it will finish completely destroyed as soon as you scratch it a bit, however this jacket offers a more solid fabric and you can use it for progression on the wall or ridges, but don’t get too excited, it’s still better to not over scratch it. 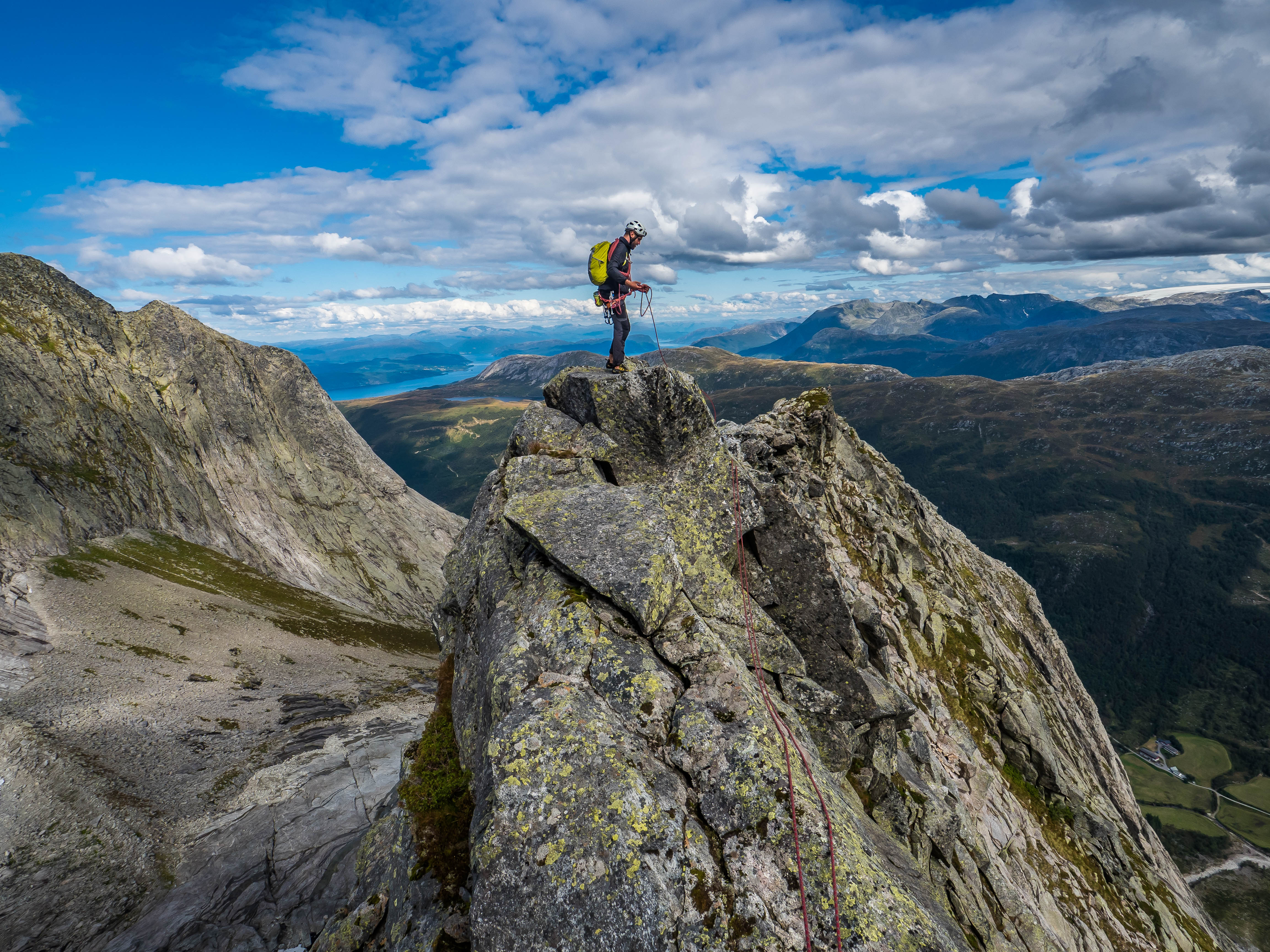 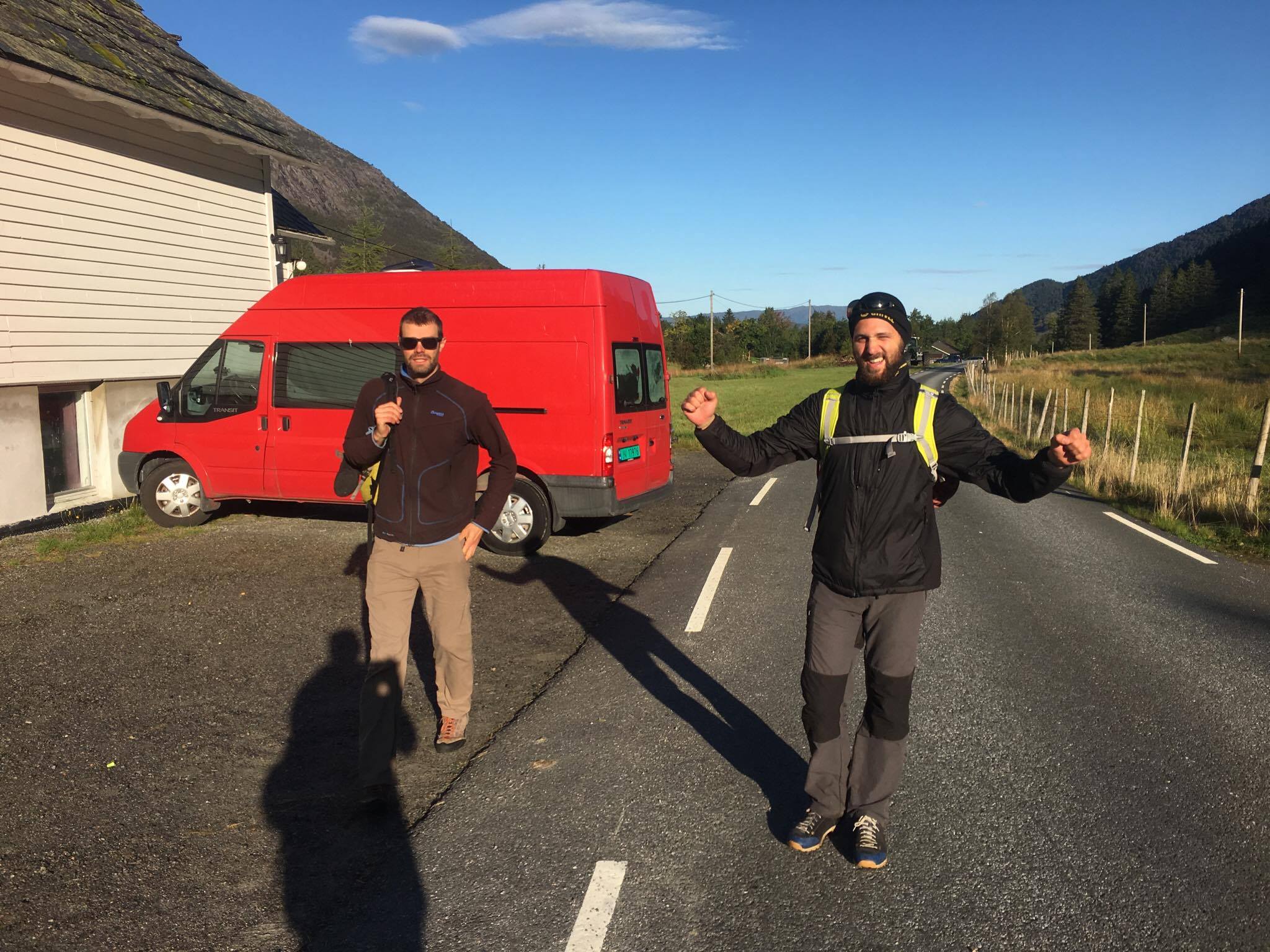 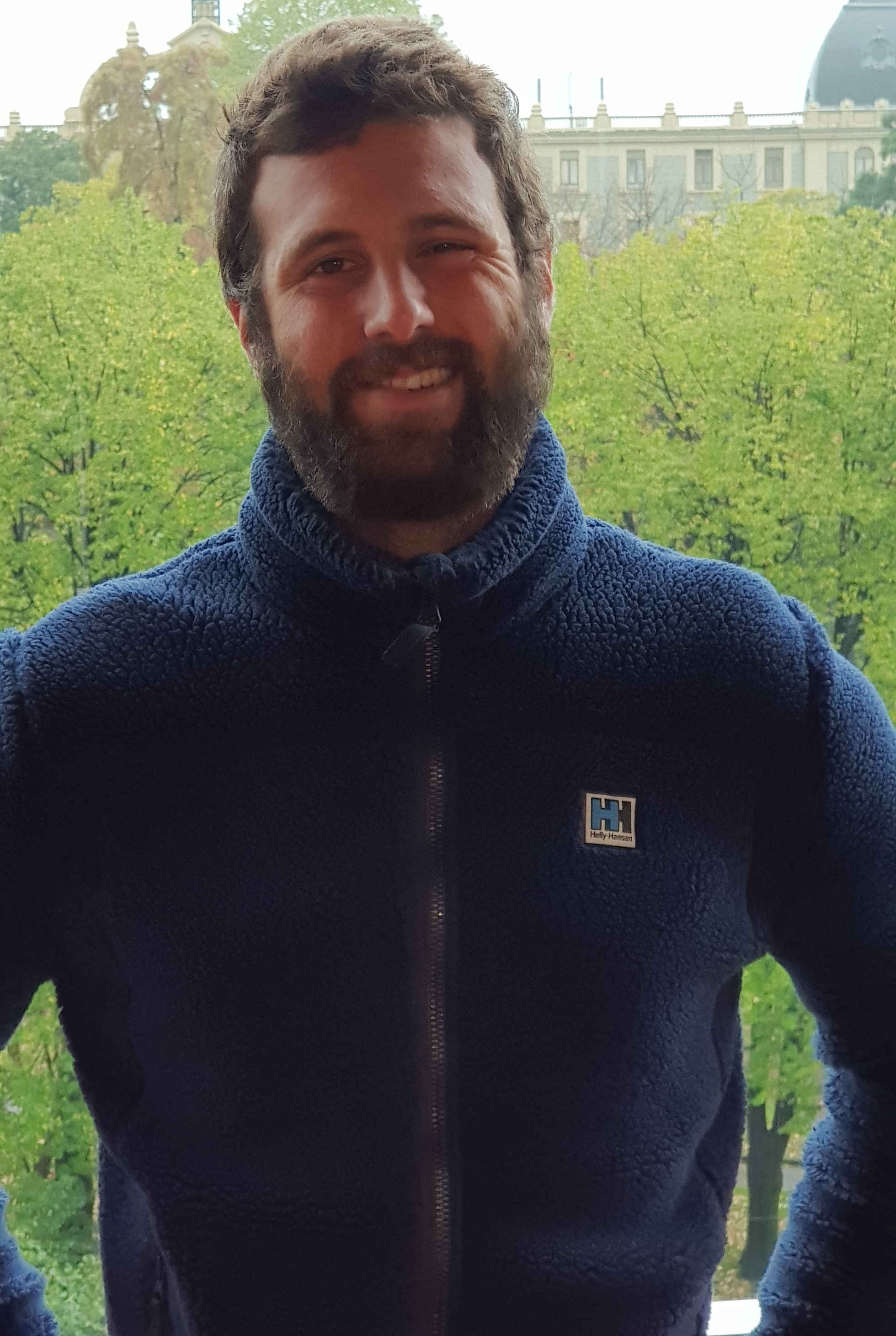 This jacket is simply cool.

It’s called heritage because it’s an updated version of the one that hit the market on the early 60s.

This kind of jackets with long fibers are extremely cozy and most important have this classic mountaineer/seaman look that is so trendy nowadays.

I’ve particularly liked this version of Helly Hansen because it has an athletic fit and looks quite smart while dressed.

It generates a lot of heat, you can pretty much be on a t-shirt and the heritage pile jacket having some beers outside at 12º. hence it’s very suitable for that midnight campfire time, after your winter surf session, cooking by the tent or in the terrace of the refuge. 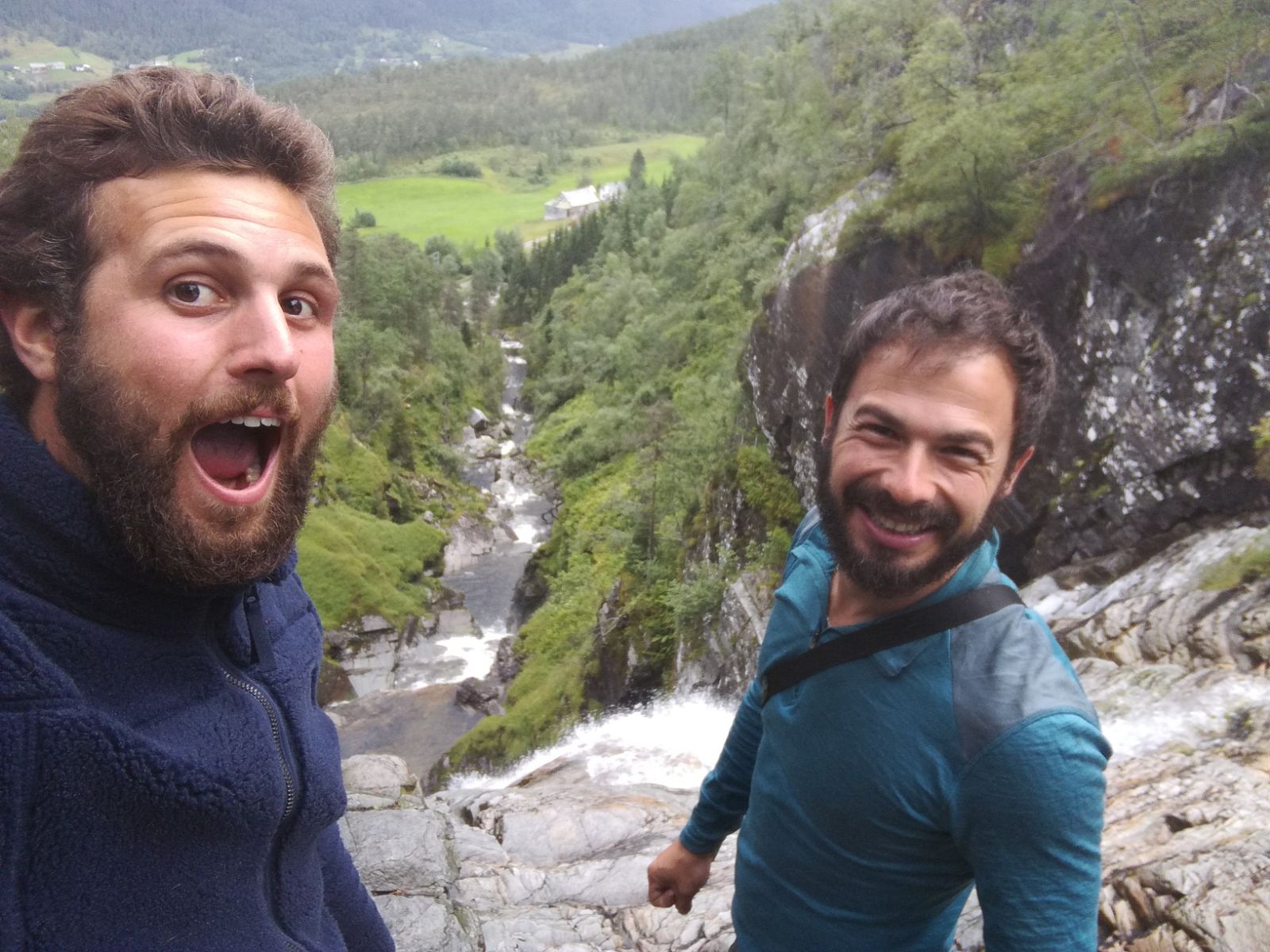 It is true that on windy days you can feel some air going through the fibers, generally it’s enjoyable, especially if you are on the move, but if you start to get cold and put a shell over it, then you will start baking like inside an oven. It’s just crazy how much heat it makes under a hardshell.

This jacket is not my first option for the activity, well, at least not until we reach that temperature when eyebrows start to ice, but at least it makes you look slightly like Walter Bonatti on his golden days, and that’s goddam cool.

Bending with the locals. 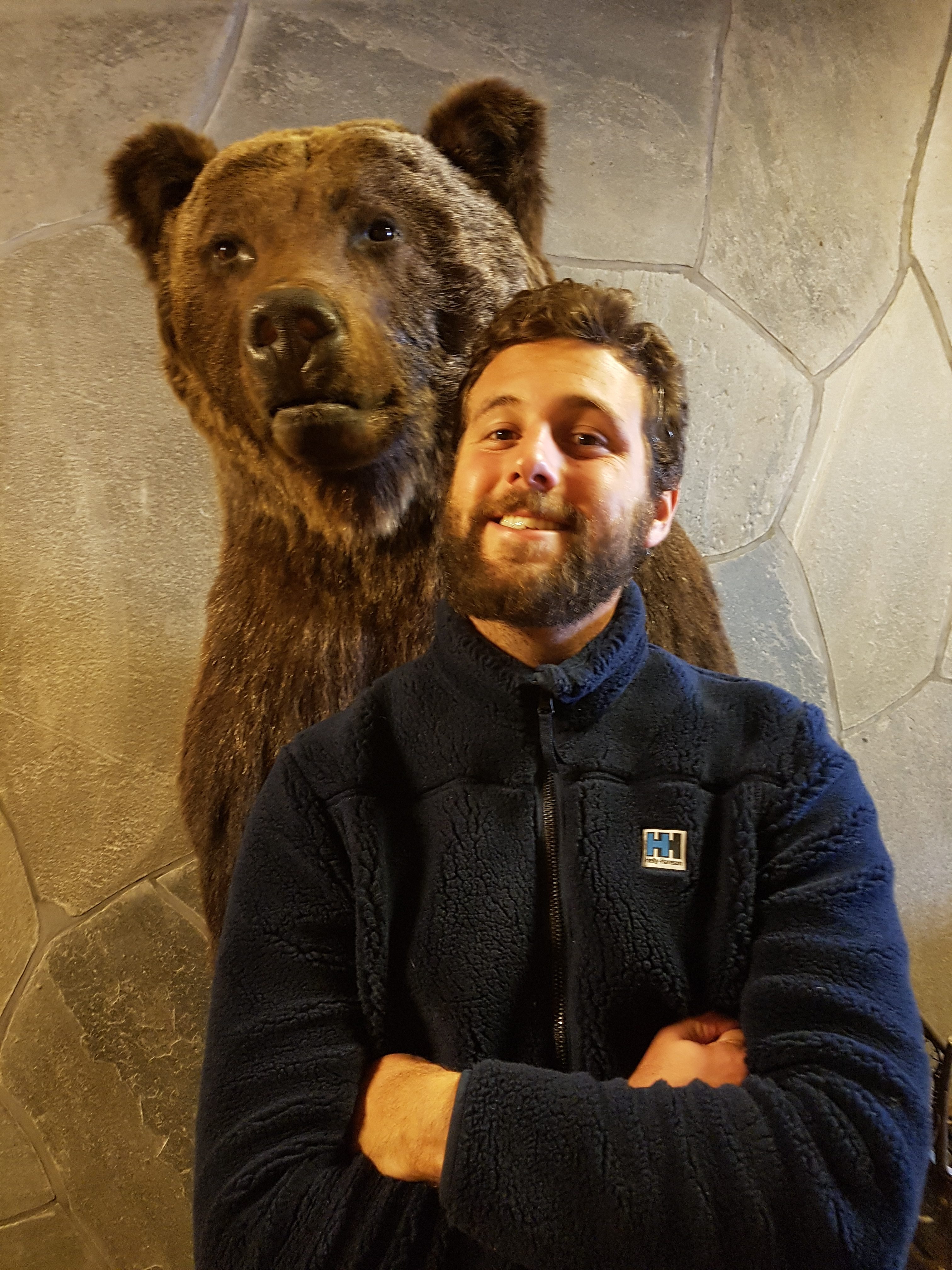