The hike from the Val d’Arties to the Restanca refuge is of great popularity, especially considering it as a compulsory step of the normal route to Montarto (2833). But watch out on going blindly to Montarto, you may be missing some pearls! 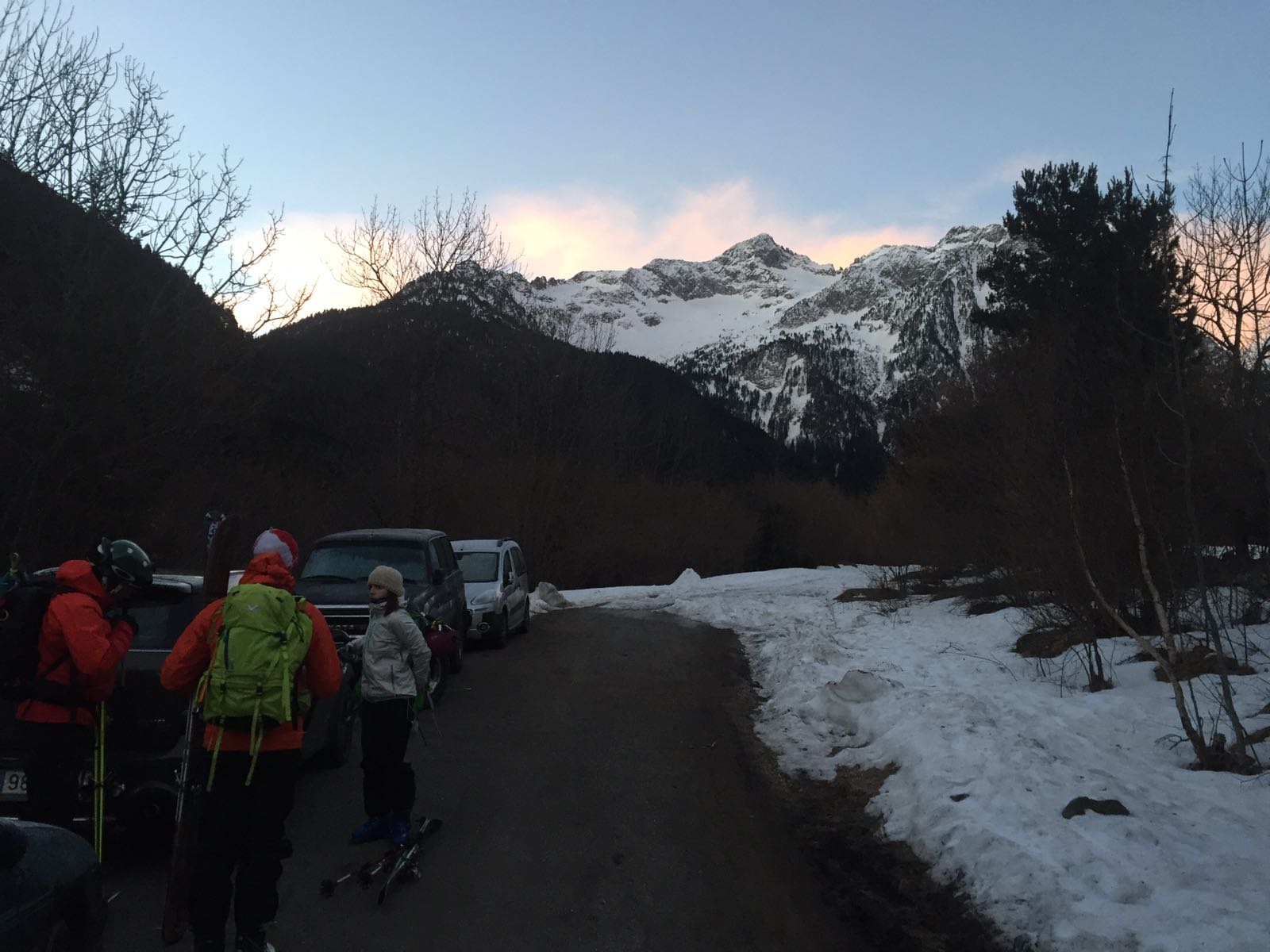 The Montarto is no doubt the majestic peak of the Val d’Aran thanks to it’s pyramidal shaped north face and it is no doubt a great “cheese” for your mountaineering trivial pursuit. 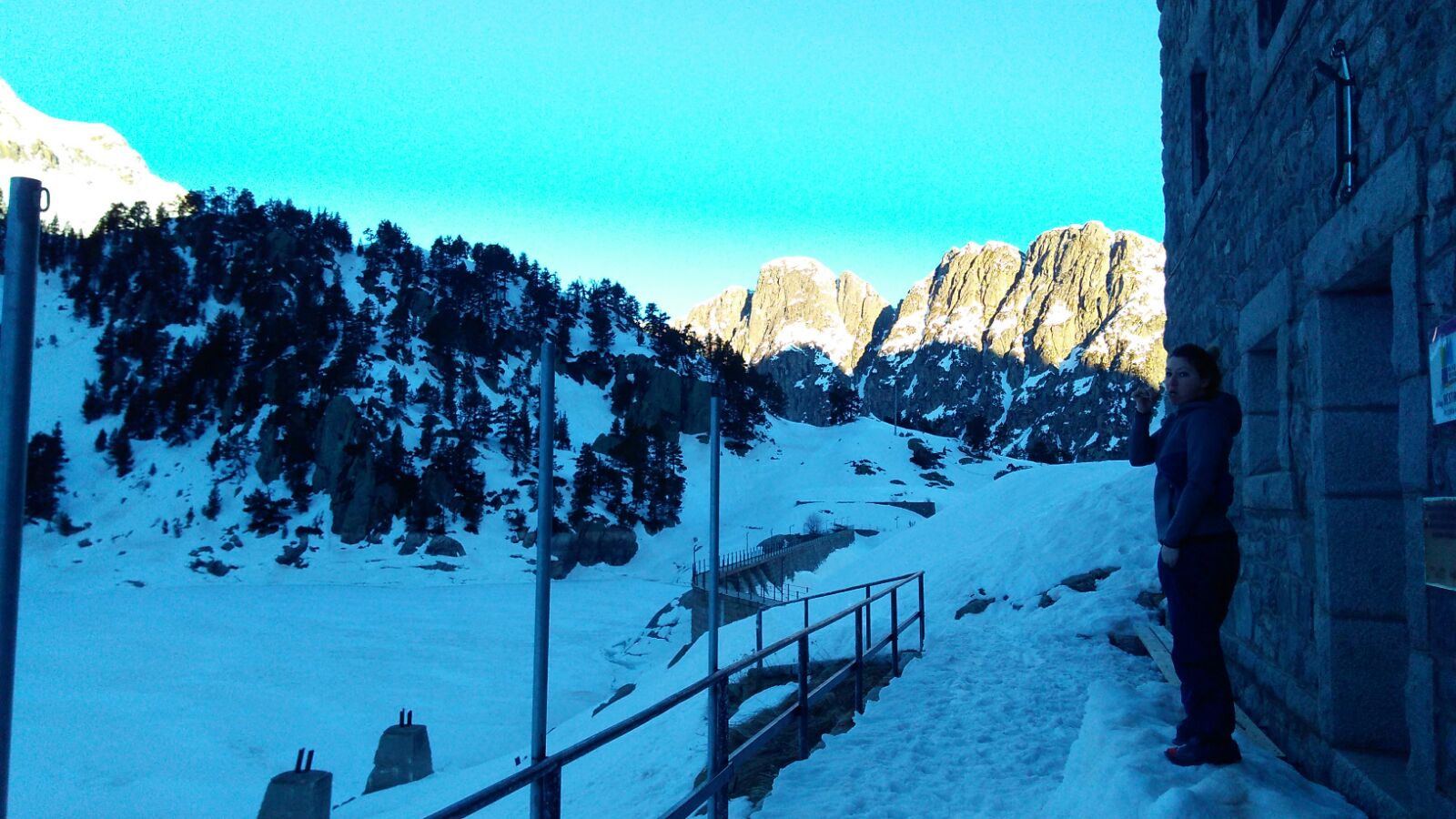 It’s normal route has all the ingredients for been a classic. It’s doable in the day for the hardened but really comfortable with a night on the Restanca refuge. The view is impressive, it has alpine ground but somehow straightforward and finally the ski down is nice and affordable.

However, this has as well it’s disadvantages. Most of the people that head to the valley have the objective of the Montarto in mind. This time of the year it’s common to have a lot of transit on the route and the ski line gets severely tracked. The good thing for us, is that the valley offers so much more possibilities: powerful secondary peaks, couloirs, ridges and freeride sectors.

Lately we’ve been enjoying several big days on the area, that hopefully will work as inspiration for you.

The Montarto has a lot more to offer than its normal route.

Once we reach the lake on top of the Restanca col, we have in front of us the south face of the Montarto. Instead of bordering the mountain towards the next col that will put us on the E shoulder, we can just hit straight the mountain making the whole activity way more alpine. We can see a series of couloirs that draw whole lines from the bottom of the face to the summit ridge.

When I was there in January, we decided to climb the most obvious line that goes to the W shoulder of the ridge. It’s an extremely aesthetic line to climb. Once you reach the ridge, there is a narrow passage to the North face that quickly opens into a wide bowl. 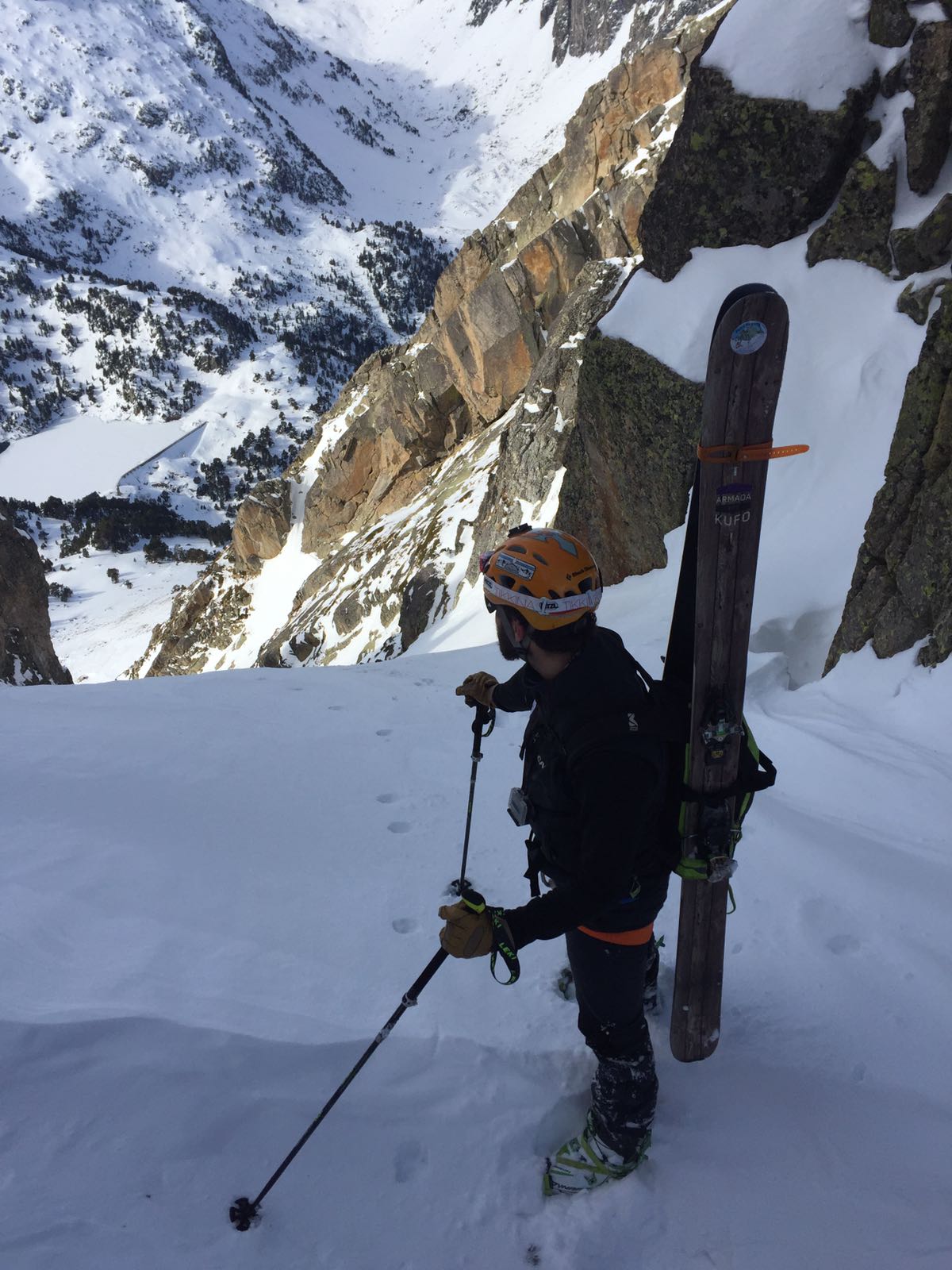 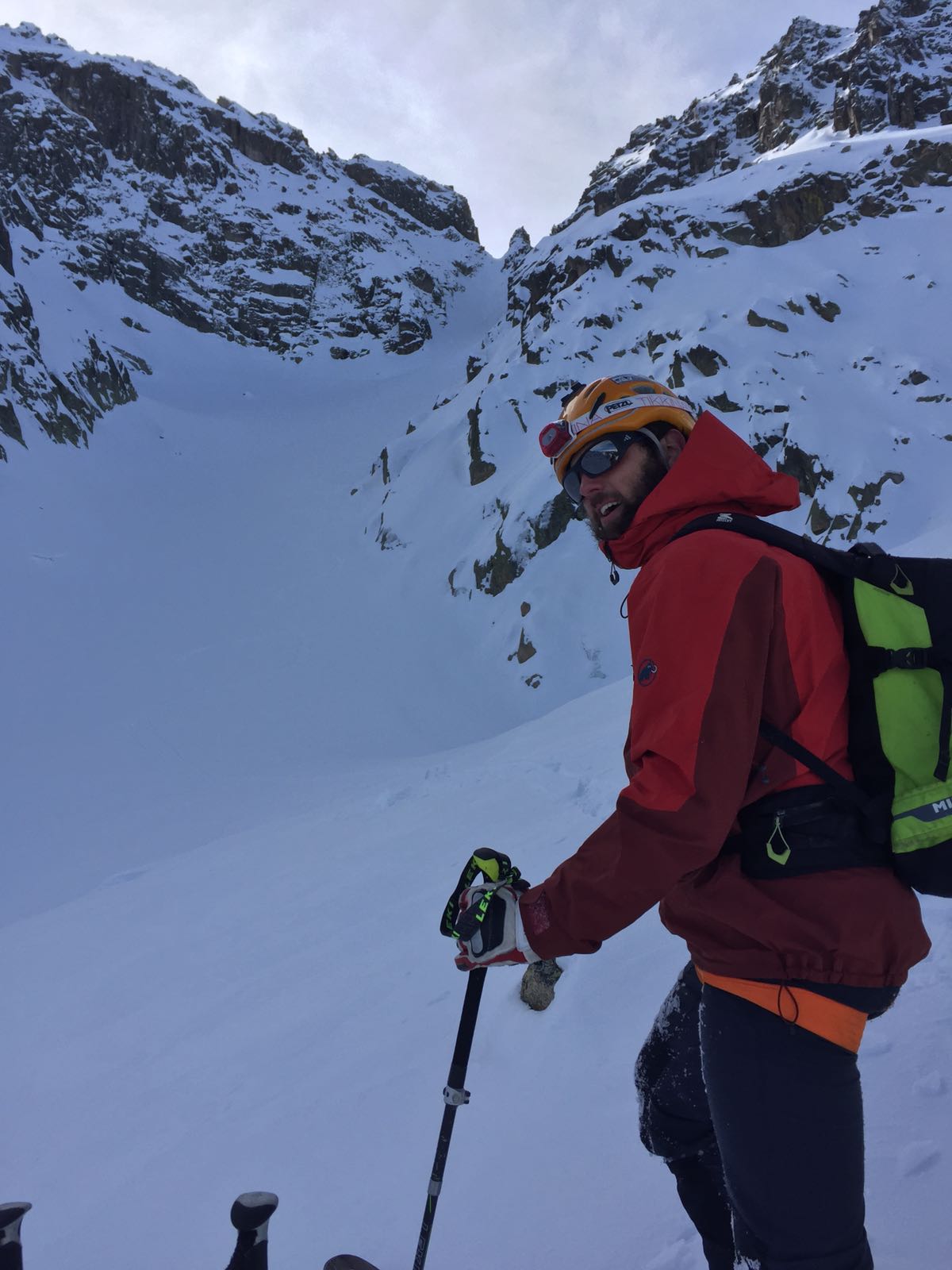 Another interesting option once we reach the west base of the ridge is in fact to follow the ridge.

I haven’t had the chance to do it yet. When I was there, I was carrying my 188 freeride skis, so it felt obvious at that point to just dive in the north face and don’t get messed up in ridges. However from that point you can take a good look at the first part of the ridge line and it looks amazing. It will not have the gendarme of digital crack, but apart from that, there is not much more to be missed compared to the cosmiques ridge of Chamonix.

About climbing a big corridor and dropping to a North face in the storm. (WITH VIDEO)

I definitely have to come back to check it up.

From the ridge, there are several kickass entrances to the north face. If we don’t feel so badass we can just cross all the way to the end of the ridge and go down through the normal route or seek the massive NE face, that can be tricky to navigate. This part of the mountain is a whole different game than the normal route. You should be confident with technical alpinism maneuvers such as short roping, belaying and leading through mixed terrain, abseiling, ability to judge the snow layers and good terrain reading skills for avoid avalanche traps.

The options are endless and you can really customize your activity. You can balance the activity all the way from pure technical alpinism to proper spiced-up free touring.

This last weekend we head again to the Restanca refuge. The idea was to do on saturday the normal route of Montarto and whatever comes up for sunday. We suffered a few inconveniences and it got late in our way up. Once we reached the col after the refuge, we decided that today was not going to be summit day. By that time I was starting to feel pretty rough and getting sick. I decided to turn back and take it easy on the refuge while the rest of the team went exploring the slopes over the refuge and the Mar lake.

It seems that after all they found some good happy riding!

In front of the Restanca refuge, and opposed to the Montarto, we have the Tossau de mar (2751). It is not only a powerful summit but actually it has more options for freeride and in fact it has also more straight forward options for seeking ski alpinism. We had it already on the back of our minds, but we weren’t sure on how to tackle it or what route to take. That night on the refuge, we heard about a massive west couloir both for climbing and skiing, then we saw some pictures and there was no doubt that it was going to be our activity for the day after. 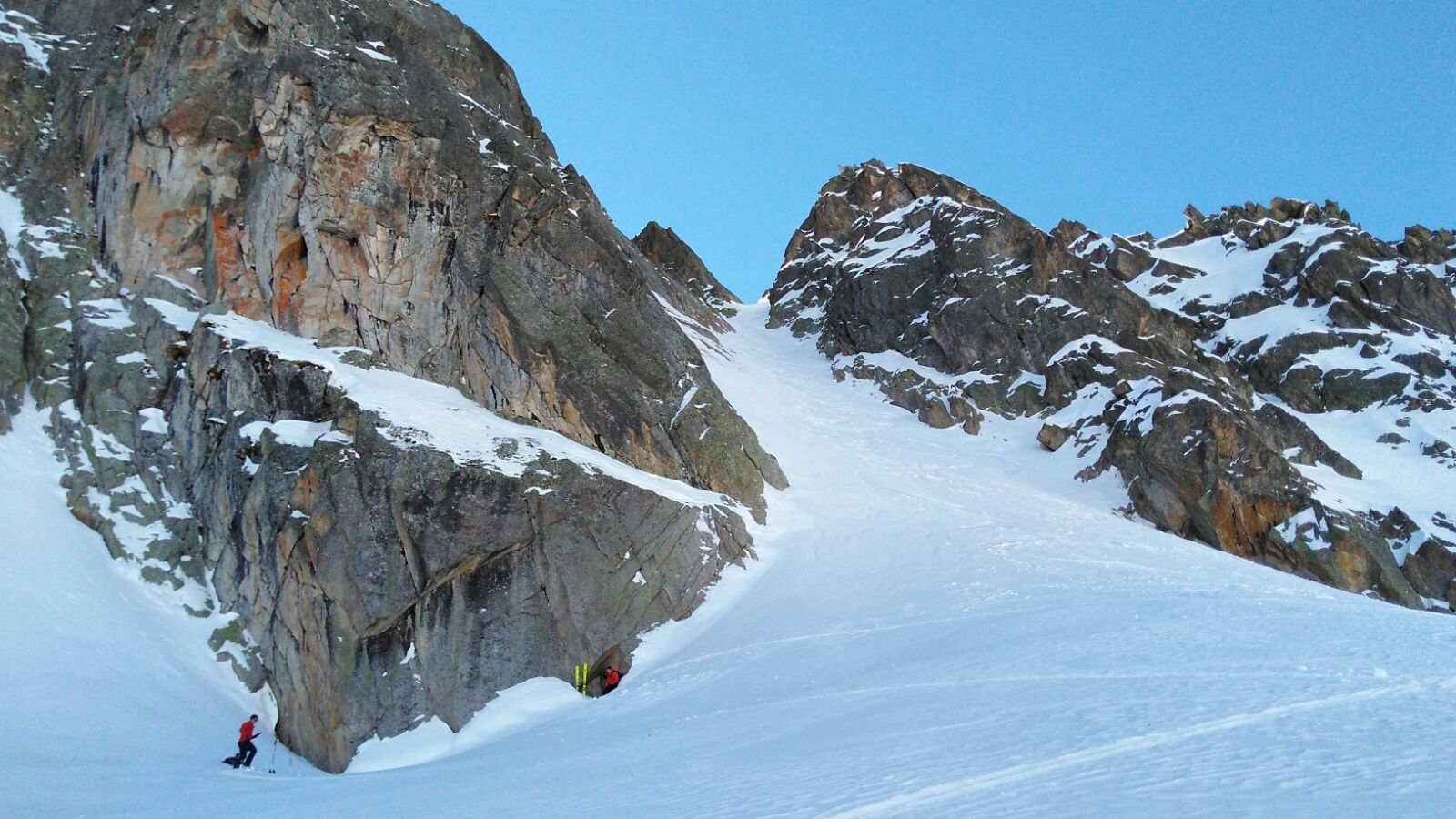 Unfortunately for me, I got horribly sick that night and I had to go over the torture of watching my friends’ activity through the window of the refuge. Not cool. However, looking at their wide smiles and their footage, no doubt I’ll be back! 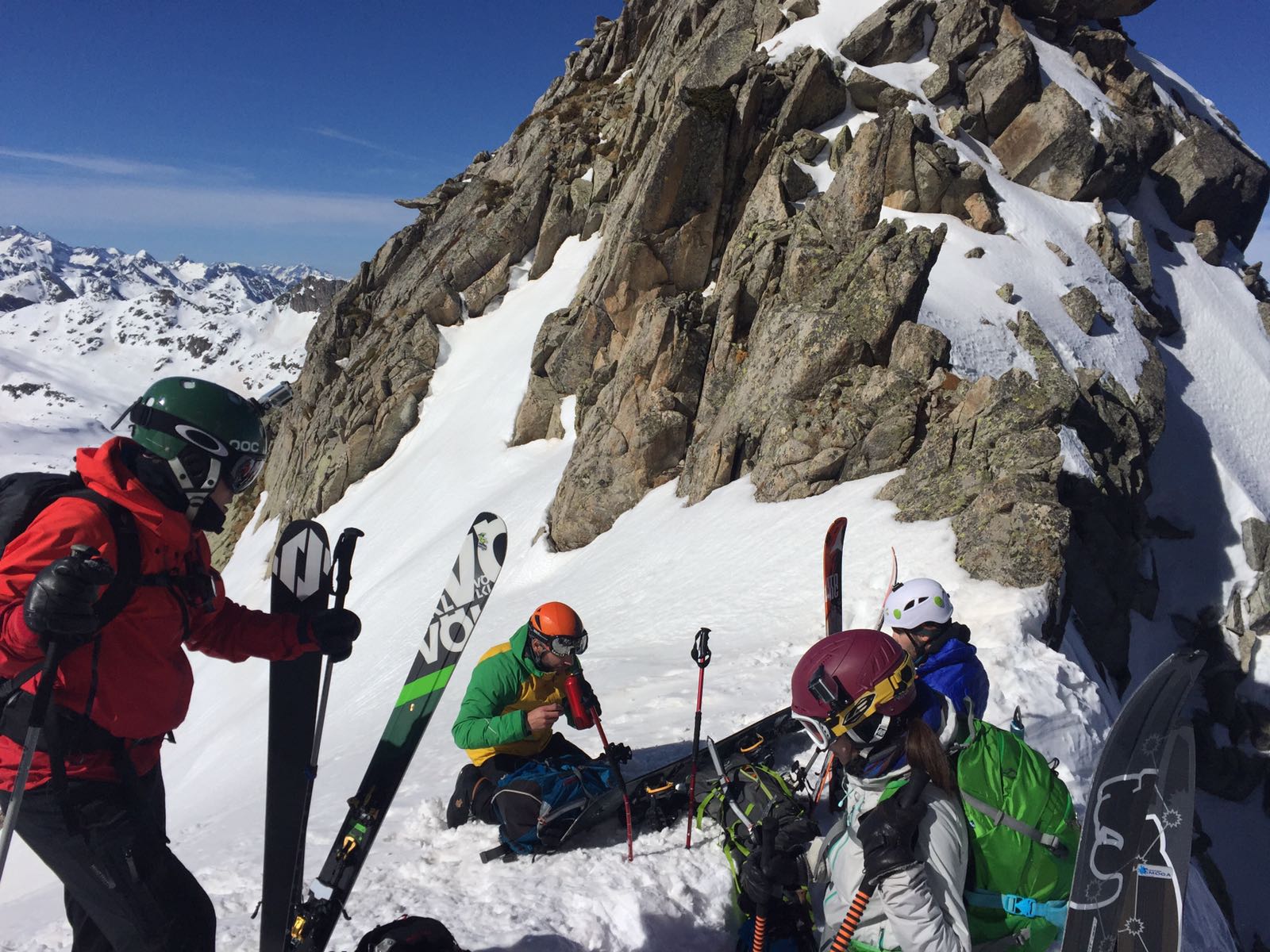 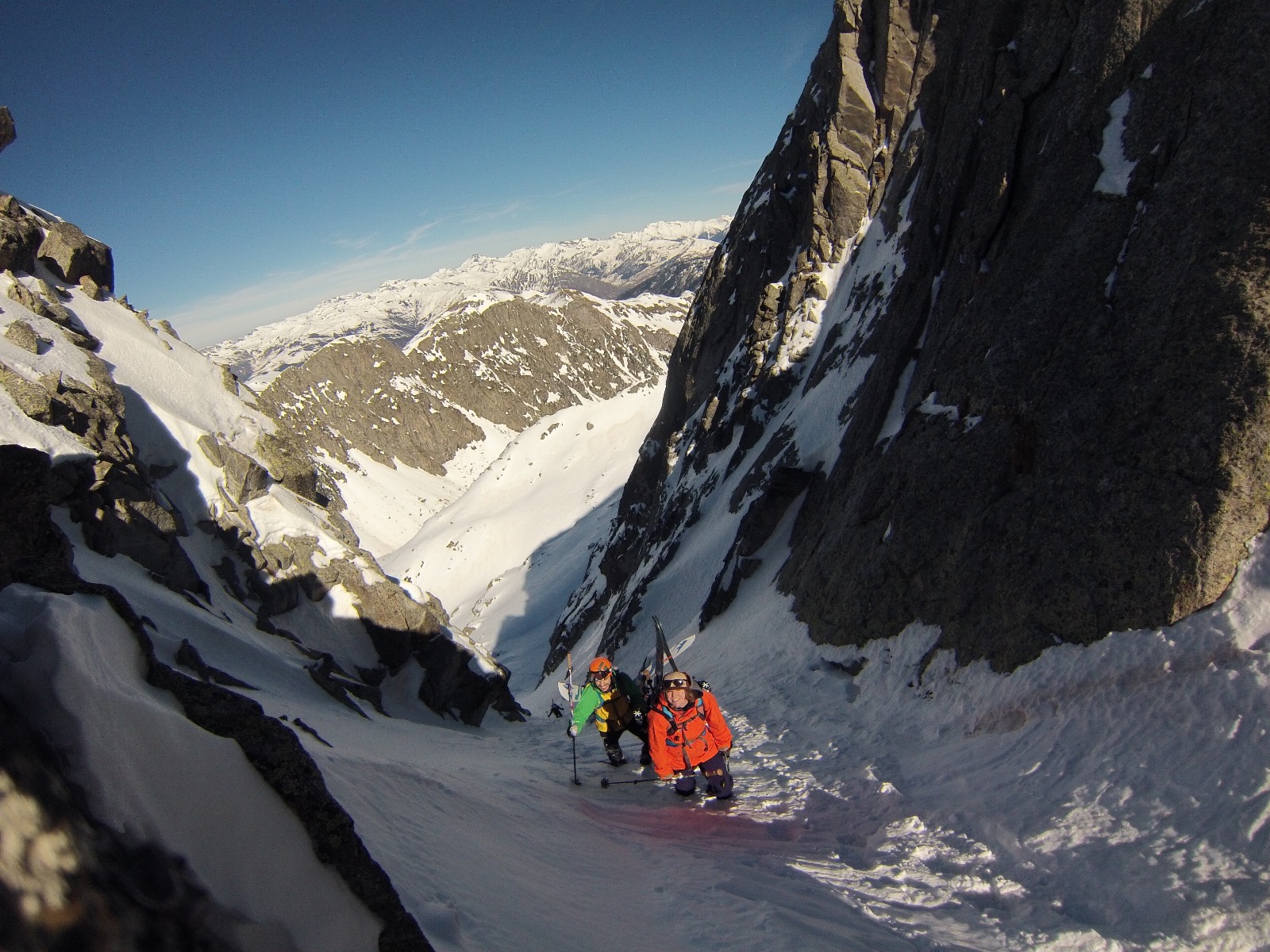 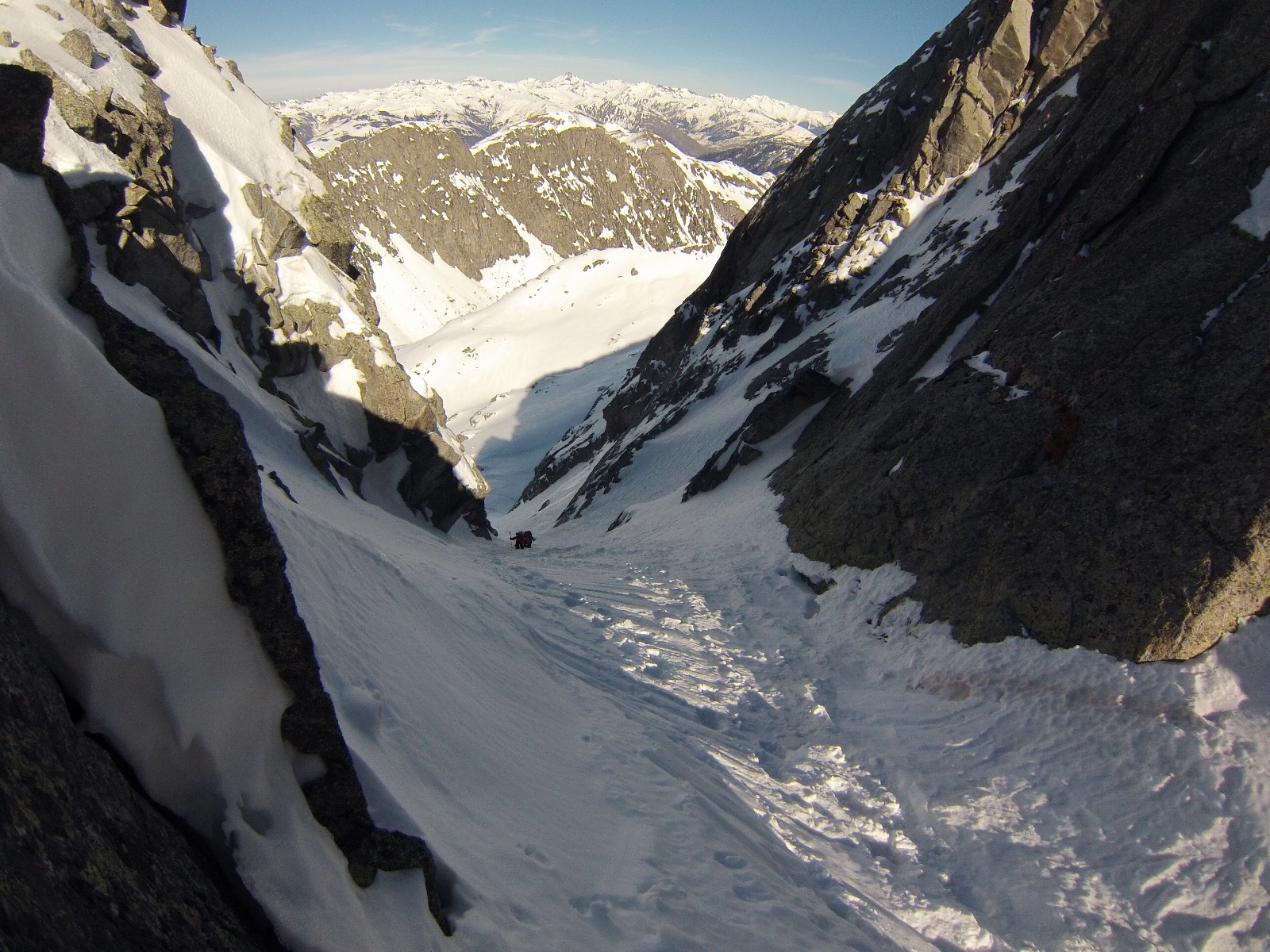 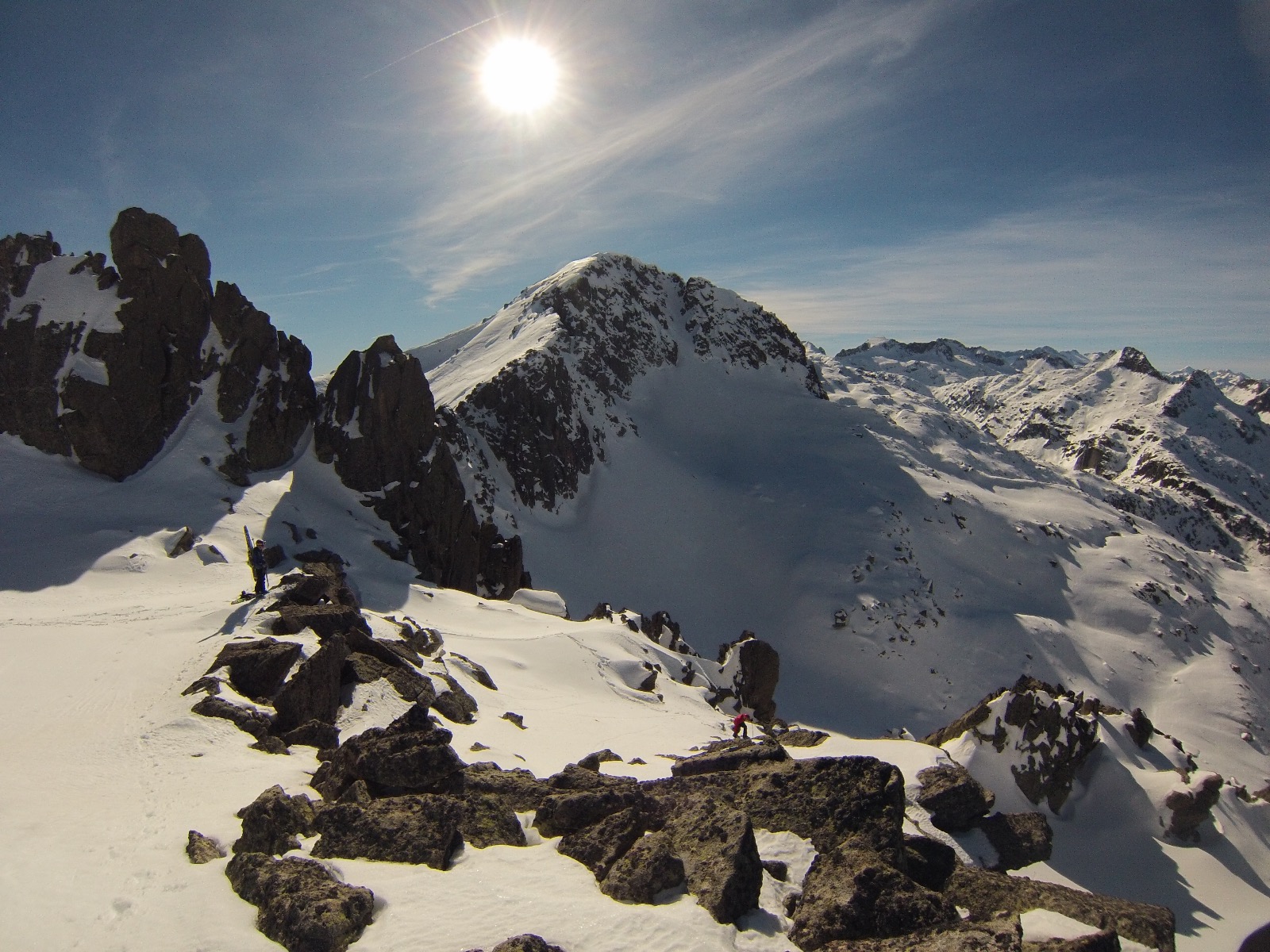 Don’t take this article as a top 3 of the activities of the area. In fact there are so much more impressive lines both for skiing, alpinism and  anything in between. We have barely scratched the surface but we hope to share you our psyche for going out there to explore and play.

As Jandri always say; Happy riding for everyone!

Big thanks to Jandri, Mariana, Gonzalo, Julen, Diego and Aitor for the great company, great pictures and taking care of me during a bad night. 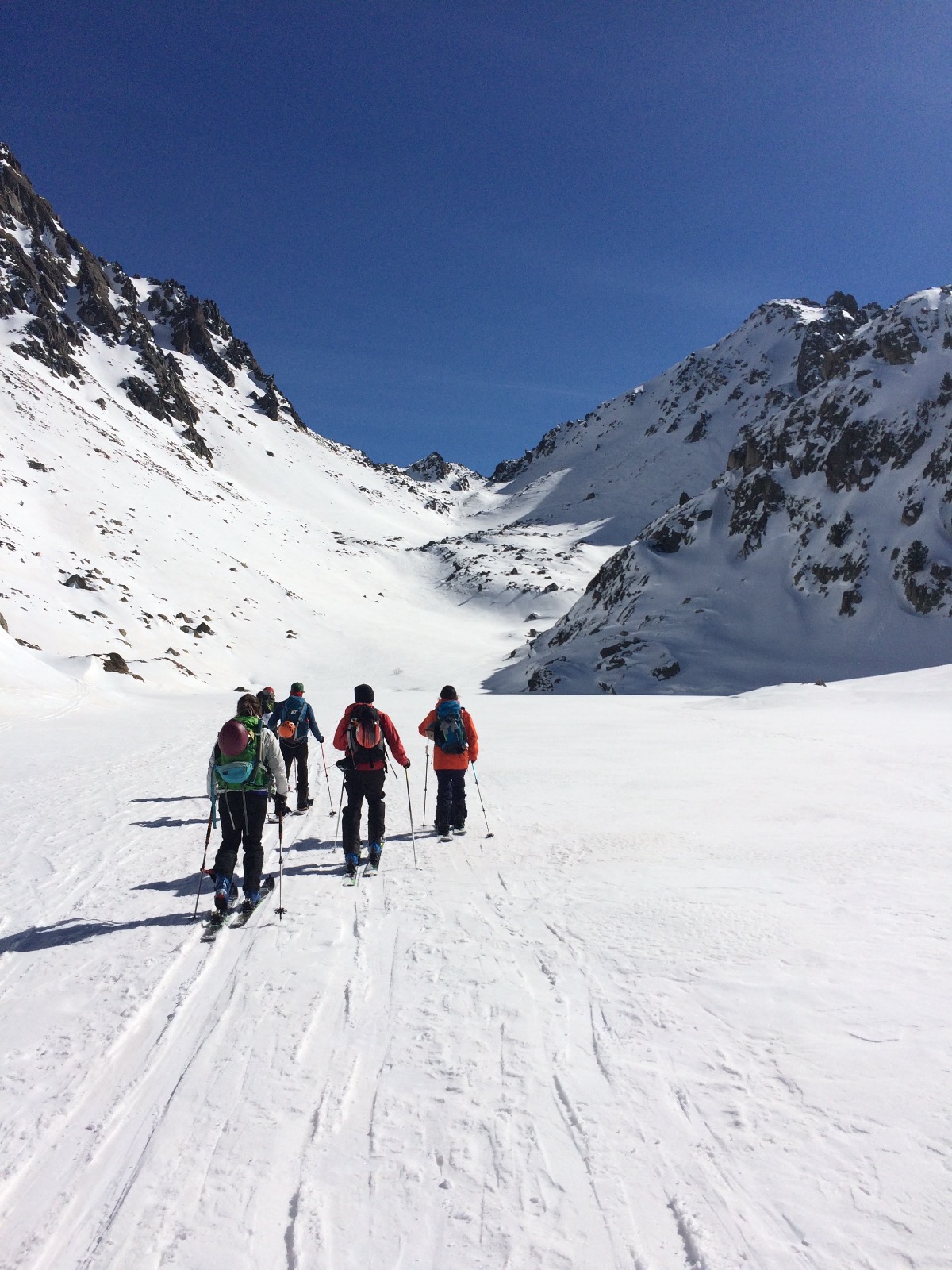